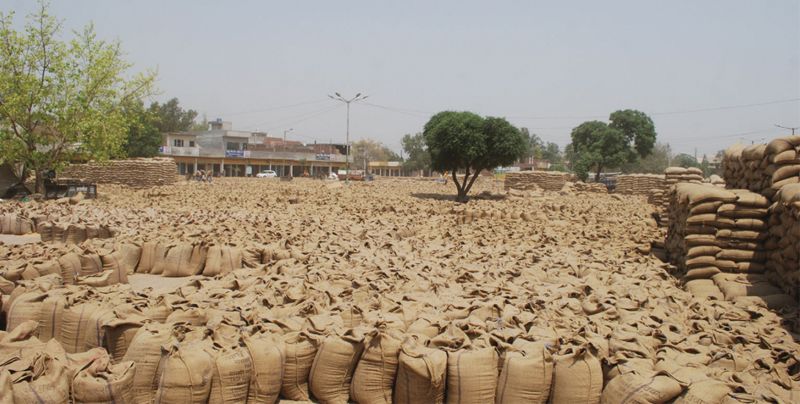 With the arrival of 33,277 metric tonnes of paddy in different markets of the district on Wednesday, a total of 1.22 lakh MT of the crop has arrived in district mandis so far.

With the arrival of 33,277 metric tonnes of paddy in different markets of the district on Wednesday, a total of 1.22 lakh MT of the crop has arrived in district mandis so far. The harvesting of paddy has picked up pace and so are the incidents of stubble burning.

In comparison to other areas of the district, the harvesting is faster in Rayya and Jandiala areas, which are the major vegetable belts in the area. The agriculture officials stated that both these areas are the first areas from where field fires are reported.

While the state government has provided hundreds of machines of different kinds to farmers in the district on alternative management of crop residue after harvesting of paddy, farmers, especially vegetable growers, stated that shortage of time is a crucial factor for adopting alternates to burning.

“The time between harvesting of paddy and sowing of vegetable crops is very less. If the residue is managed without burning, it will take time and vegetable sowing would be delayed. This will mean that farmers won’t be able to cultivate the third crop, which they do to supplement his income,” said a farmer.

The farmers also stated that a viable industrial use of the crop residue should be found or farmers should be compensated for additional cost they incur on managing crop residue without burning. “Burning requires only a match stick while alternate management requires at least Rs 2,000 per acre. With farm incomes already low, there is no incentive for farmers,” said another farmer.