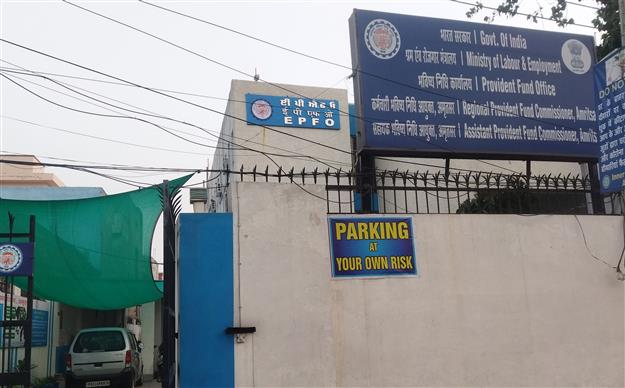 The Provident Fund Department has issued notices to 1,300 firms for not sharing the correct credentials of their firms with the department.

As per the provisions of the PF, employers and employees contribute the same amount in the accounts of the latter.

During the Covid-19 induced period, the PF Department received several complaints from employees, claiming that dubious practices were being pursued by their employers. Many of them claimed that companies, citing financial crunch due to the pandemic, deducted the contributory PF amount from their salaries. Several other group of employees alleged that their jobs were terminated but no detail of their PF account was being given.

Sanjay Kumar Rai, regional PF commissioner, said there were about 5,000 working establishments registered with the local regional office. Around 4lakh members, including, 90,000 contributory members, were associated with the regional PF office having jurisdiction across Pathankot, Gurdaspur, Tarn Taran besides Amritsar. He said it was found that these 1,300 firms had not provided the correct credentials as they took help of third parties such as chartered accountants, lawyers and others, who submitted their contact details. He said this was a violation of the PF norms, as these companies were bound to give their correct information under the provision of 5A ownership detail. So, these companies have been given a 13-day period to provide the entire detail or modify the already submitted information.