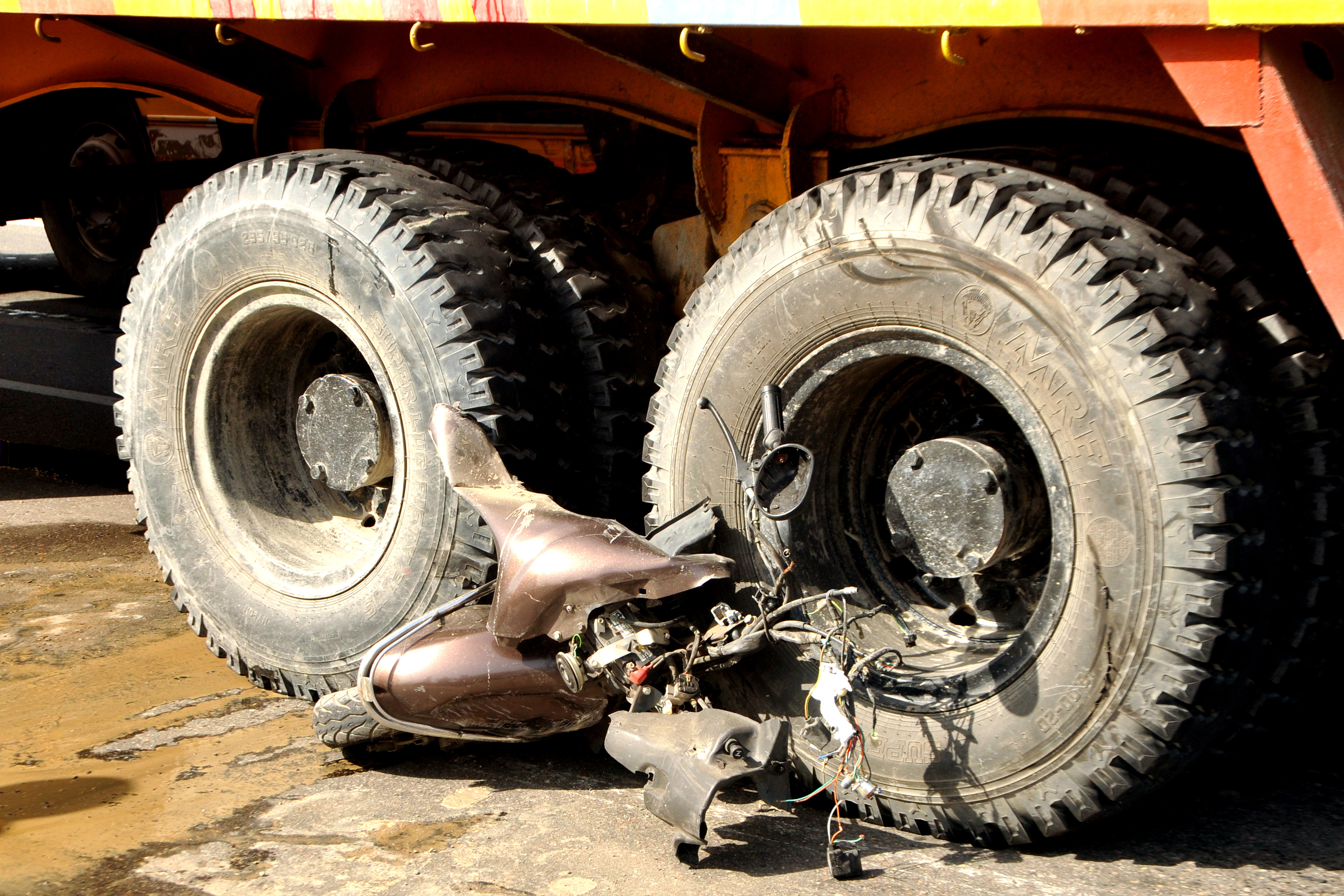 A scooter crushed under tyres of a truck in Amritsar on Friday.

A man was killed and two others were injured in separate road mishaps here in the last two days. In the first incident, Mukhtiar Singh of Kaithal, Haryana, was killed as the car he was travelling in rammed into a stationary truck at Thothian village falling under Khalchiana here on Thursday.

The police arrested the driver of the truck, identified as Satnam Singh of Kalanaur in Gurdaspur, who was later released on bail. Jagtar Singh, a resident of Kaithal and complainant in the case, told the police that on Thursday, he along with his family and Mukhtiar was going to the Golden Temple. He said when they reached near the Thothia village bus stand their car rammed the rear of the stationary truck parked on the road. The truck was loaded with iron bars and rods. Mukhtiar Singh was killed on the spot.

The police registered a case under Sections 304-A, 337, 338, 283 and 427 of the IPC against truck driver Satnam Singh for parking the truck negligently on the road.

In the second case, two persons, including a woman, riding a scooter on the wrong side of the road, were seriously injured near Vallah as their scooter was hit by a truck on the Amritsar-Attari bypass road on Friday morning. They were going from Vallah to Verka and the truck was going from Verka to the Golden Gate. The scooter was crushed under rear wheels of the truck. The injured were rushed to hospital where their condition is stated to be serious.