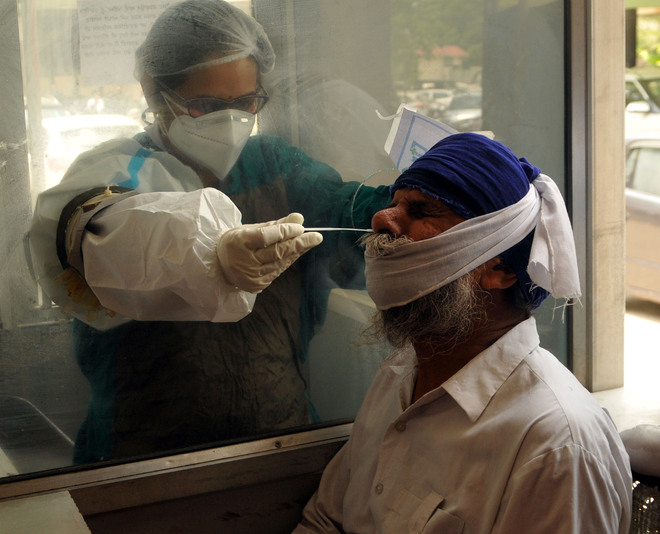 The district reported 16 deaths due to Covid-19 in the last 24 hours, with which the toll reached 1,014 on Tuesday. The health authorities have also reported 674 new cases, with which the count increased to 34,176.

The new cases include 511 influenza-like illness cases and 163 contacts of positive patients. The health authorities have also reported the recovery of 370 patients, with which the recovery count improved to 28,156. The district at present has a total of 5,006 active cases.

The death toll reached 229 in the district after four more persons succumbed to the virus on Tuesday. Deputy Commissioner Kulwant Singh said 71 new positive cases were also reported with which the active caseload reached 852.

Of these active cases, 524 persons were isolated at their respective homes. In the district, 99,161 persons have been given the vaccination against the pandemic.

Those who lost their lives 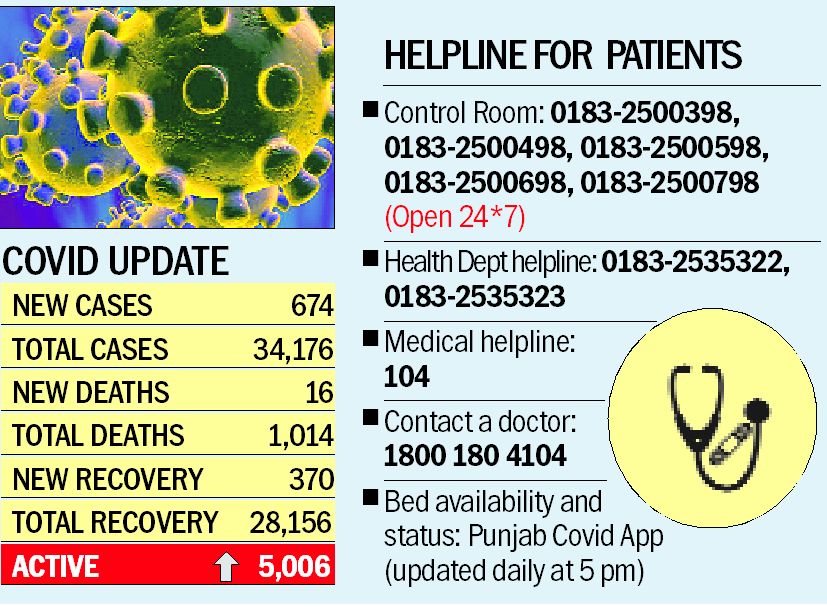