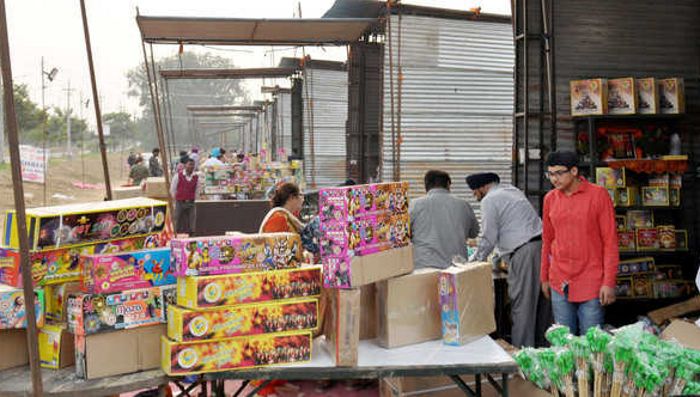 The district administration has received 2,800 applications for setting up 10 retail counters of firecrackers during this festival season.

The district administration has received 2,800 applications for setting up 10 retail counters of firecrackers during this festival season.

Draw of lots on October 19

Amritsar Fireworks Association president Harish Dhawan submitted a communiqué to Deputy Commissioner Gurpreet Singh Khaira, seeking to complete the formalities in advance to provide adequate time to traders to set up their kiosks. Following which, the district administration issued an advertisement seeking applications from interested persons to take part in the draw of lots to be held on October 19. In response, 2,800 people from diverse professions applied for these posts. The site for setting up the retail market and the date of its inception are yet to be decided.

As per the norms, 70 metres space around each temporary stall should be open to sky and generators should be placed 30 metres away from the radius. Each stall should be nine feet by 25 feet, besides first aid, fire brigade and adequate police personnel must be deployed at the place.

The allotted licence will specify the total weight of firecrackers to be placed in a stall. No material should be kept outside the stall and no overstocking of firecrackers will be tolerated.

Dhawan reiterated the long-pending demand of his association that only those should be allowed to file applications who possessed either licences under the Explosives Act or the Union Government-issued licences under the Petroleum and Explosive Safety Act, which is necessary for the storage of firecrackers.

He said in the past few years, traders had suffered losses on account of a delay in setting up the market.

He said there were 32 licence holders in the city who were dealing in manufacturing, storage and possession of crackers.

There are two Union Government licenced firecracker manufacturing units and over 30 storages, with each of them having a capacity to maintain nearly 1,500 kg of stock of crackers in the city.

The Petroleum and Explosive Safety Organisation (PESO), Department for Promotion of Industry and Internal Trade, Ministry of Commerce and Industries, allocates licences to those traders who want to sell and store firecrackers above 600 kg.

Two major cracker-manufacturing units in the district are situated at Ibban Kala village on the Chabal road and another at Rajewal village on the Amritsar-Jalandhar GT road. These are allowed to manufacture “phuljhadi” (sparkle) and “anar” (flower pot).

In addition, there are 15 godowns for sale and stock at Rajewal village. These traders are irked as their sale would be affected due to poor preparation for Dasehra this time.