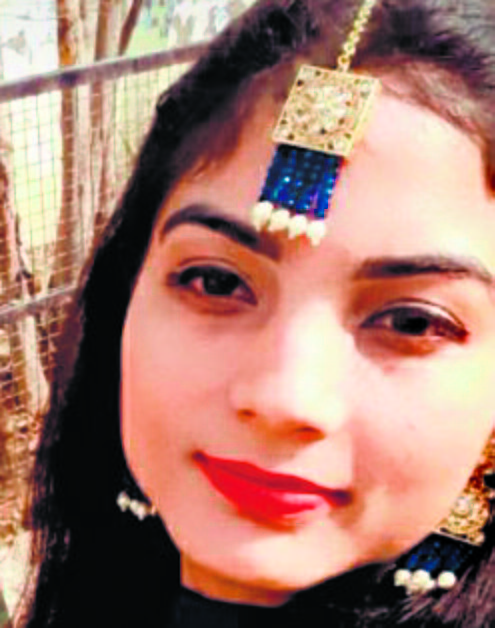 Rajni, who worked in a showroom, was returning home after her duty when two bike-borne persons pulled her out of the running auto-rickshaw for snatching her mobile. Tribune photo

A 21-year-old girl died after two bike-borne persons pulled her out of the running auto-rickshaw for snatching her mobile here on late Thursday evening. The victim, identified as Rajni of Kartar Nagar, sustained critical head injury that led to her death. The police reached the spot and started scrutinising CCTV cameras in the area to find some clues about the perpetrators.

According to information, Rajni, who worked in a showroom, was returning home on an auto-rickshaw after her duty. Amit Kumar, brother of the victim, told the police that she had held her mobile phone in her hand and was returning home in the auto-rickshaw. He said it appeared that the two motorcycle-borne persons were following her. She said the accused tried to snatch her mobile phone but she did not let it go.

The people gathered at the spot and rushed her to hospital where doctors declared her dead. Her family members were also informed who reached the hospital.

Deputy Commissioner of Police Parminder Singh Bhandal said the perpetrators would not be let off and would be arrested soon. He said a case had been registered in this regard and further investigation was under progress.

Meanwhile, unidentified snatchers robbed a local resident, Manisha Arora, of her mobile phone when she was waiting for an auto-rickshaw near Dr Karam Singh Hospital on Circular Road. She was going to Chand Avenue. She said two unidentified persons came on a motorcycle (PB-02-BR-0379) and snatched her mobile. The police have registered a case while further investigation was under progress.

Similarly, in another incident a video went viral in which two bikers snatched a purse from a woman. The accused dragged the victim to a distance leaving her injured. The incident took place in Sandhu Colony area. However, the victim did not lodge a complaint with the police in the regard.