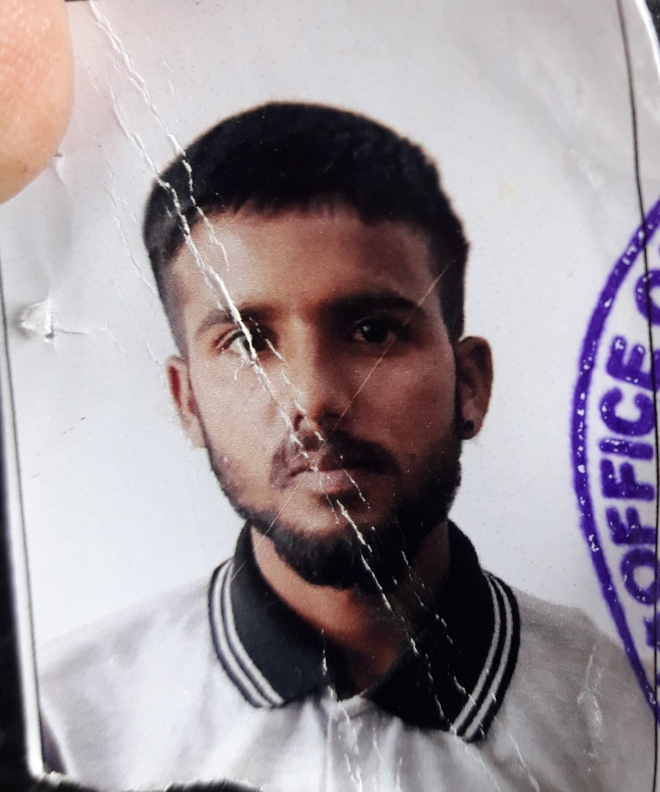 Tarn Taran: Vishal (22) of Muradpur locality was found murdered at an abandoned plot of the locality here on Monday. A team of the local city police station led by Sub-Inspector Harsa Singh and ASI Harwinder Singh visited the spot to collect the first-hand information regarding the incident. Deceased Vishal had gone to the market on Sunday but he never returned. Joginder Singh, father of the deceased, said they tried to locate him but he was found dead early in the morning. A video related to the incident had gone viral on the social media in which some miscreants had tied him with ropes and later he was killed. The police said the body had been kept at the local mortuary of the local Civil Hospital as the family was yet to record its statement. The police are suspecting it to be the case of murder under mysterious circumstances. oc

Tarn Taran: A couple was killed in a road accident on the Amritsar-Khemkaran National Highway near Panjwar village on Sunday. The accident took place when the motorcycle they were riding was hit from the side by a car (PB-38 D-1947). DSP Sucha Singh Bal said the deceased had been identified as Gurdev Singh (28) of Bishambarpur village and his wife Kajal (25). The police said Gurdev Singh, along with his wife, was going to his in-law’s house in Mari Udhoke village. When they reached near Gaggobua village, a car hit their motorcycle from the side. While Gurdev Singh was killed on the spot, Kajal was admitted to Guru Nanak Dev Hospital, Amritsar, where she succumbed to her injuries. The car driver fled the spot. A case had been registered. OC

Tarn Taran: Hari Krishan Lal Arora, a social worker of the area, has demanded to abolish the age-old post of ‘numberdar’ as it has lost its relevance. The social worker said this post was created by the British rulers to verify the identification of the citizens. The social worker, in his letters written to the Union and state government, said the numberdars verified the identification of clients in the judicial and the revenue courts. He said with the change in time, there were a number of documents to verify a person, including the Aadhar card, Pan card, driving license, birth certificate, passport, etc. OC

Amritsar: To facilitate hassle-free conduct of exams via online mode, Guru Nanak Dev University has asked students to upload their mobile number and email address on the university website by September 17. The exams will be conducted from September 21 to October 10. TNS