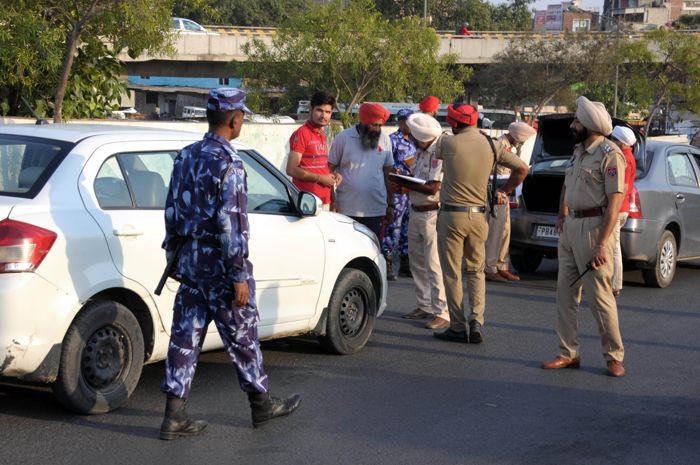 Ahead of the Operation Bluestar anniversary on June 6, the city police have got four companies of the paramilitary forces, besides 1,500 cops from the Punjab Armed Police for security.

Special DGP Intelligence Prabodh Kumar on Thursday held a meeting with senior police officials of the city and border range. He discussed about the details of security arrangements being taken in view of the Ghallughara Diwas.

The holy city has been on high alert following seizure of IEDs smuggled from Pakistan-based ISI supported separatist groups. These groups were using cross-border smugglers and gangsters for carrying out their nefarious activities in order to disrupt the peaceful atmosphere of Punjab.

Police Commissioner Arun Pal Singh said nobody would be allowed to vitiate the peaceful atmosphere in the border state and close eye was being kept at anti-national elements. He said patrolling had been increased and security had been tightened around the vulnerable points, including religious and tourist places.

Deputy Commissioner of Police (Law and Order) Parminder Singh Bhandal, besides extra police force and the city police, also got additional strength of the DSP and ASP-rank officials for maintaining peace, law and order because of the upcoming event.

All 20 entry and exit points were sealed by setting up checkpoints, where police teams would remain present round the clock. He said police patrol during late nights was also increased and search operations would be carried out in various parts of the city in the coming days.

“In addition to this, around 70 checkpoints were installed at different points in the city to check the movement of nefarious elements,” Bhandal said.

The police would also get an additional force from the border range on June 1 for strengthening the security cover. The police in civvies would also remain present at the Golden Temple, while police teams were also deputed around the holy shrine.

Meanwhile, the police also nabbed a youth during checking of vehicles. He was carrying sharp-edged weapons in his car.