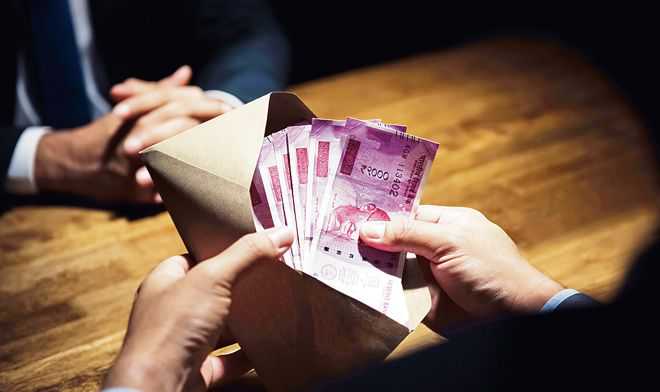 The Vigilance Bureau (VB) has nabbed four cops on charges of corruption while three of their accomplices are still absconding.

Officials of the VB and Punjab Police were tightlipped over the incident even as sources in the VB revealed that they were nabbed following the directions of the Punjab and Haryana High Court. All the accused belonged to the Chatiwind police station falling under the Amritsar rural police here.

The sources said the victim, who had accused the policemen of harassing and taking money from him, produced a video before the high court. Taking serious cognizance of it, it directed the VB to take appropriate action and submit a report to it in this regard.

After holding a preliminary probe, the VB booked seven cops posted with the Chatiwind police station under different sections of the Prevention of Corruption Act and arrested four of them.

Three others were yet to be arrested, said a VB official, adding that the complainant (in the case) was also facing several criminal cases. A report would be submitted to the high court in the regard, he said.