47-year-old run over by train 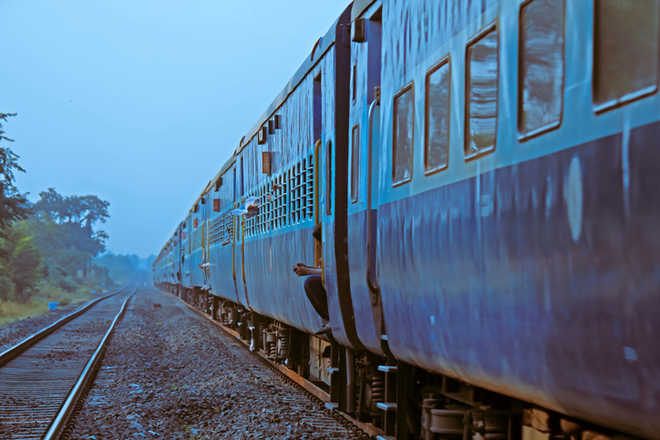 Tarn Taran: Sarabjit Singh (47), a resident of Gohalwar village, was run over by a train near his village on Saturday night on the Amritsar-Khemkaran rail lines. The victim was on his way to a market for his daughter's wedding, which was due on Sunday. The incident happened when he was crossing over the rail lines and due to heavy wind, he failed to observe the approaching train. Sub-Inspector Gurwinder Singh, in-charge of the local police post of the Government Railways Police (GRP), said a report under Section 174 of the CrPC had been registered. OC

Amritsar: A cartridge was seized from a passenger departing from Sri Guru Ram Dass Jee International Airport here on Sunday. The passenger was handed over to the police by Central Industrial Security Force (CISF) personnel. The police are investigating the matter. According to information, the passenger was to take a flight from Amritsar to Delhi, so he booked a connecting flight to England. As he arrived at the airport to take the flight, immigration officials found a .32 bore cartridge in his bag while checking his immigration and scanning his bag. He was immediately detained and interrogated by CISF personnel. The passenger had an ammunition licence at his house. TNS

Tarn Taran: A meeting of the state body of the Kirti Kisan Union Punjab (KKUP) was organised here on Sunday. It was chaired by Hardev Singh Sandhu, state president of KKUP, to discuss the demands and issues of the farming community. The union had announced to apprise farmers of falling underground water level and how to recharge it with certain methods. The KKUP demanded to make arrangements to reach canal water at every farmer's fields. The union was peeved over the state of Sanyukt Kisan Morcha (SKM), which was divided over several issues. The union demanded the restructuring of the SKM. The union supported the public welfare steps taken by the state government led by AAP.