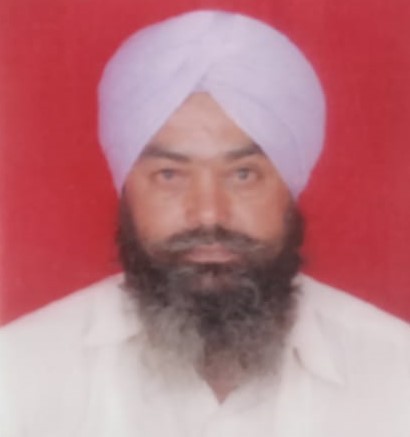 Surjit Singh (48), a resident of Mohanpur Winning village, committed suicide by consuming some poisonous substance after being harassed by his neighbours on Monday.

Tarn Taran: Surjit Singh (48), a resident of Mohanpur Winning village, committed suicide by consuming some poisonous substance after being harassed by his neighbours on Monday. The accused have been identified as Gajjan Singh and Amrik Singh. Paramjit Singh, elder brother of the deceased, told the the Cholha Sahib police that Gajjan and Amrik used to threaten Surjit that they would take possession of six kanal land. He said Surjit consumed some poisonous substance and was rushed to a private hospital in Chohla Sahib where he breathed his last. Inspector Paramjit Singh said the accused have been booked under Sections 306 and 34 of the IPC and the duo was absconding. OC

Amritsar: The SC Commission (Punjab) has sought a report from the Amritsar (rural) police regarding an incident in which several persons allegedly hurt religious sentiments of a person by tossing his turban. The victim had submitted a complaint to the SC Commission, member, Dr Tarsem Singh Sialka. Sarpanch Jasbir Kaur of Raipur Khurd village falling under the jurisdiction of Tarsikka police station alleged several persons assaulted her husband Amrik Singh, who was supervising the development works under way in the village. She said as a concrete stretch was being laid, a family started objecting to it. She alleged the accused obstructed the government work and thrashed her husband, besides tossing his turban. Jasbir said the accused passed objectionable remarks against her husband. She alleged that the police did not take necessary action. Dr Sialka said the SC Commission has sought the status report from Amritsar (rural) SSP Dhruv Dahiya. TNS

Tarn Taran: Employees of different departments of the state government held a protest here on Monday. They were demanding the fulfilment of their demands. The employees under the banner of the Punjab and UT Mulazam and Pensioners’ Sanjha Front took out a march and burnt an effigy of the state government. Addressing on the occasion, Baljinder Singh Doblian, Nachhattar Singh and other leaders of the morcha demanded the regularisation of the services of the employees working on a contractual, outsource and daily basis over the years. The leaders said the indifferent attitude of the government would cost it dear in the 2022 assembly elections. They said their other demands included implementation of the recommendations of the Sixth Pay Commission and releasing the due DA instalments. OC