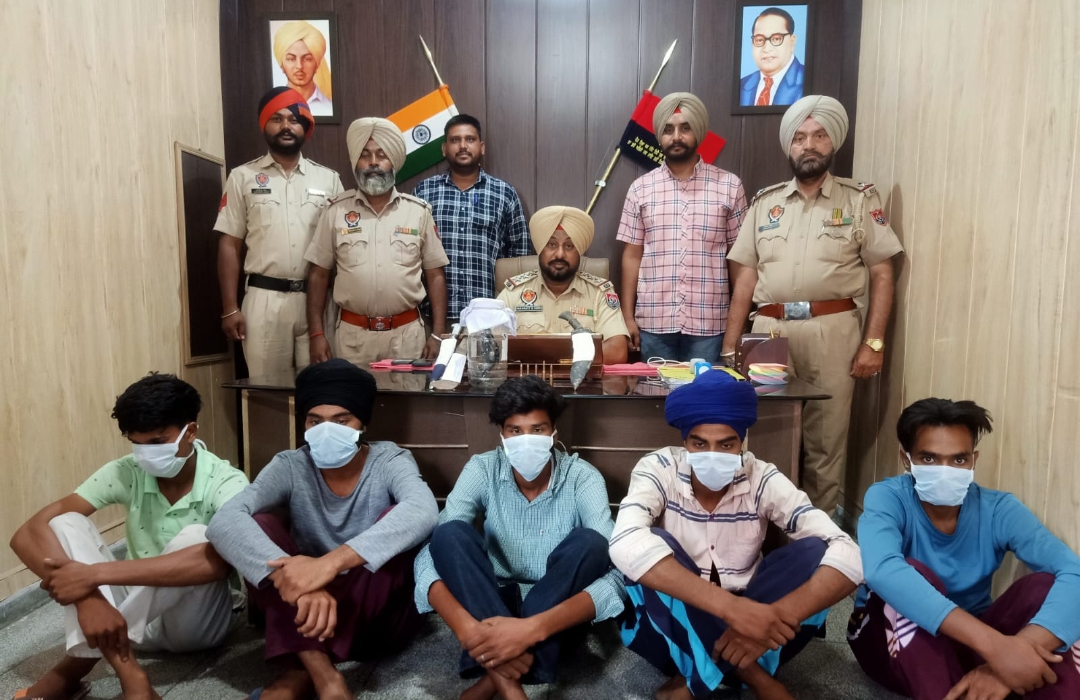 The accused in the police custody on Saturday. Photo: Gurbaxpuri

Verowal police arrested five gangsters with arms and ammunition in an operation launched in Biharipur village on Friday.

Three of their associates managed to flee from the spot. The gangsters were challenging their rival group over some ongoing tussle.

One country made pistol, five cartridges, three sharp-edged weapons have been recovered from them.

The three gangsters who fled the spot have been identified as Palwinder Singh Brahman, Jatinder Singh Pamma, both of Muglani, and Manjinder Singh of Khadoor Sahib.

The arrested gangsters were produced in court on Saturday which sent them to three-day police remand.