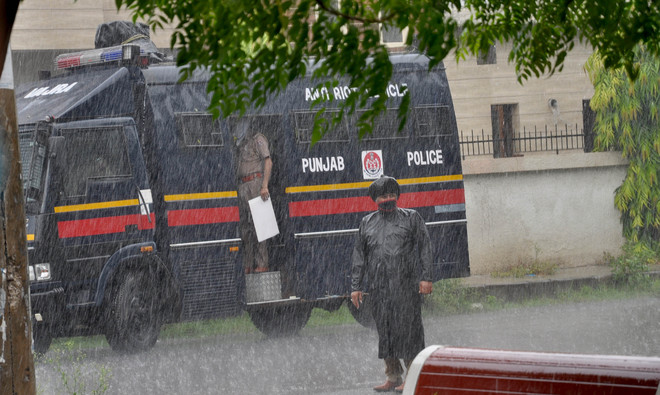 The health authorities reported the death of a woman due to the Covid-19 disease in the district on Tuesday. The district also reported 21 fresh cases, taking the total number to 2,026.

The victim, 53-year-old Shikha of Jawahar Nagar, was admitted at the PGI, Chandigarh.

The total number of casualties has risen to 85. Of the new cases, 10 are persons with influenza-like illness (ILI) and 11 are contacts of positive patients. As far as the ILI cases are concerned, one each case was reported from Maqboolpura, Khandwala (Chheharta area), Wariyam Singh colony, Green city locality, Ranjit Avenue B-block, Putlighar area, Mata Bhadar Kali temple, Mall Road, Basant Avenue and East Mohan Nagar.

Of the contact cases, three are from Baba Bakala Sahib, two each from BSF battalion (Khasa) and Gol Bagh area. One each case was reported from Haripura, Habibpura and Care N Cure hospital.

The health authorities stated that the recovery count had increased to 1,491. Among the recovered patients is DCP Jagmohan Singh. Talking to The Tribune, he said he had fever for two consecutive days, prompting him to undergo the Covid-19 test. Following which, he was found positive on July 28.

Doctors advised him to stay home. However, after two days, he started suffering breathing problem, so he immediately got himself admitted to Guru Nanak Dev Hospital (GNDH) where he stayed for three days. He appreciated the medical staff and paramedics for giving good treatment to the patients in the hospital.

Dr Himanshu Aggarwal, ADC and Nodal Officer for Covid-19, said after consulting with Cabinet minister OP Soni and Deputy Commissioner Gurpreet Singh Khehra rapid testing of suspected Covid-19 patients would be initiated at the flu corner. He said this move would provide the report to patients within half an hour. He warned of strict action against those employees of GNDH who would be found roaming without masks on the campus of the hospital.

He announced that the dialysis unit would soon be set up at GNDH and suggested to the hospital administration to set up a teleconferencing room on the premises to enable relatives of the patients to talk to their relatives.

Meanwhile, the laboratory at GNDH was adjudged the best in the quality control category for the fourth consecutive term by the Indian Medical Council of Research.

In Tarn Taran, 23 positive cases were reported on Tuesday, which included four medical officers and one DSP of Punjab Police. All have been admitted to the isolation ward of the local Civil Hospital.