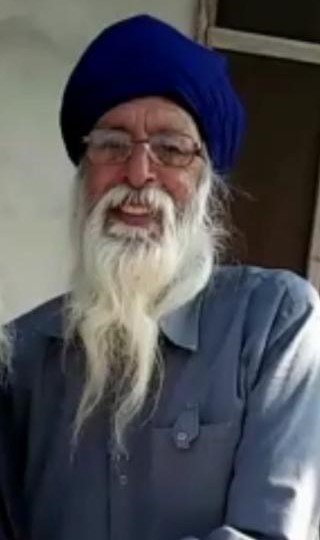 Malook Singh (65), a resident of Sohawa village near Sarhali, here, was found brutally murdered at his farmhouse on Tuesday. The victim was residing alone in the farmhouse as his wife and two sons had died years ago. He owned five acres of agricultural land.

The incident came to the notice of Malkiat Singh of the same village, nephew of the victim, late on Tuesday evening. When Malkiat and his friend Satnam Singh reached the spot, they saw the arms of the victim were tied behind his back. His mouth was stuffed with a piece of cloth and the neck was strangled with a cloth.

Inspector Navdeep Singh, SHO, Sarhali police station, said he immediately reached the spot and collected all relevant evidence from the spot. The Station House Officer said from the information collected from the spot it seemed to be a case of grabbing the victim’s property as he had no son.

The victim had two daughters, but one of them died after her marriage and the second one is at her in-laws’ house.

He had adopted a boy from his relative, but his relative took the boy back from him and there were some other conflicts regarding grabbing his property, the SHO said.

Malkiat Singh said it was clear that there were more than one killers, as Malook Singh had a well-built body and he tried hard to save himself but the killers succeeded in killing him and escaped from the spot.

The killers, before murdering Malook Singh, had tea with him. The killer took away the victim’s rifle from his farmhouse.

The police have registered a case under Section 302 of the IPC in this regard and further investigation had been initiated, the Station House Officer said.