7 held with heroin in Amritsar : The Tribune India 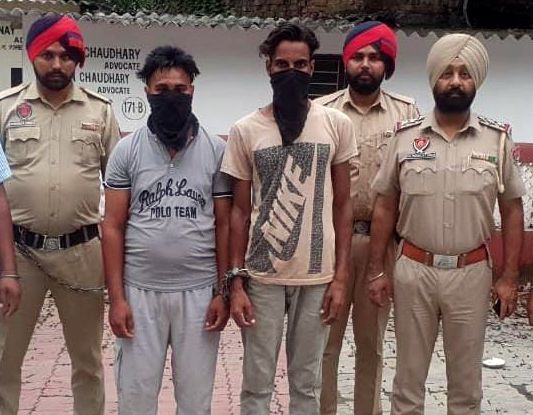 The city police have nabbed seven persons in the past 24 hours and recovered 425 gm of heroin from their possession.

Out of this, 300-gm was confiscated from two alleged drug peddlers. They were identified as Makhan Singh and Balwinder Singh alias Billa, both residents of Bhathal Bhaike village at Chohla Sahib in Tarn Taran. A case under provisions of the NDPS Act was registered against them, while further probe was on after taking them into police custody.

A police team intercepted the duo, travelling on a motorcycle, from a naka set up near Pear Garden. Investigations were on to ascertain the source of contraband.

Meanwhile, the city police arrested Roshan Singh of Kapatgarh area in Chheharta and seized 50-gm heroin from his possession, while the Cantonment police held Gurpeet Singh of Arjan Nagar in Chheharta with 35-gm contraband.

Similarly, Anil Kumar of Babua in Banaras in UP, now residing in Mustafabad area, and Amandeep Singh of Muskan Avenue was arrested with 20-gm and 15-gm heroin, respectively. The Sultanwind police arrested Prince of the Gujjapura area with 5g-m heroin.