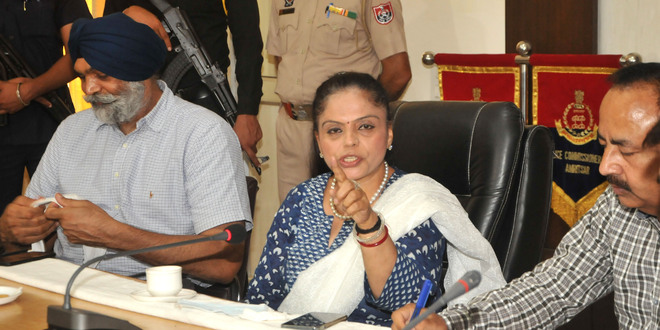 Following the intervention of the Punjab State Women Commission, the police have arrested a lawyer and reunited an 8-month-old child to his mother.

The victim had approached the commission alleging that her husband (an advocate) and in-laws had thrown her out of the house and taken away the baby. The Cantonment police have registered a case against her husband and in-laws in this connection.

Manisha Gulati, chairperson, Punjab State Women Commission, who held a meeting with residents and police officials of five border districts at the Police Lines said the victim was crying when she called her. She requested to get her child back. Gulati spoke to Amritsar Police Commissioner Dr Sukhchain Singh Gill and Deputy Commissioner Gurpreet Singh Khaira in this regard.

Following this, a case was registered under relevant sections of the IPC and raids were conducted. However, the accused had escaped from their house with the child. Later, the police caught hold of the accused and handed over the child to his mother. Gulati said the court has also rejected bail application of the accused.

She alleged the accused used to extort money from her and her family. Gurpreet alleged that her husband tried to kill her and thrashed her with an iron rod.

Gulati also took serious note of pendening cases with the Police Department. She said the police officials were involved in the Covid-related duties and getting the lockdown implemented due to which pendency of cases increased manifold.

She said the police have assured to clear the backlog within a week. She said the Women Commission was ready to hold a lok adalat of five districts if the need arises.