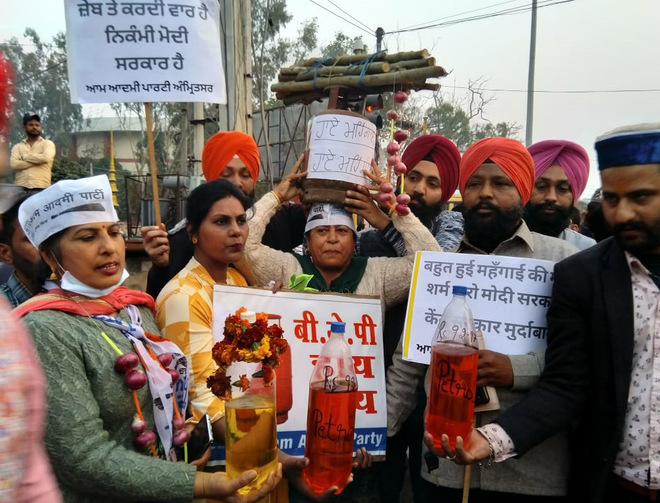 AAP volunteers staged a protest against spiralling rise in prices of petrol, diesel, gas and other essential commodities on Sunday evening.

Led by AAP district president Parminder Singh Sethi, they raised slogans against the government for completely ignoring the masses. They held a demonstration against the union and state governments for not reducing taxes on fossil fuels to provide respite to people from the middle and lower income group families.

The inflation in essential commodities is the most worrisome for those families who either lost their jobs or had their salaries cut following the Covid-19 lockdown and the resultant economic crises.