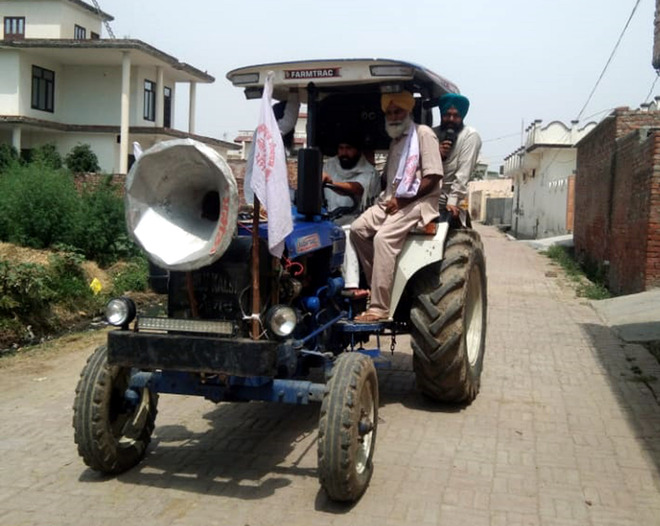 Cocking a snook at the state government’s directions against holding social, religious or political gatherings in the face of the Covid-19 threat till April 30, farm organisations have announced ‘kisan rallies’ in Amritsar.

While the Kisan Mazdoor Sangharsh Committee (KMSC) has scheduled a congregation on April 18 at Bhagtanwala grain market, a group of farmers under the banner of Samyukt Kisan Morcha (SKM) has announced an identical programme at Kukkranwala village in Ajnala the following day.

Terming these programmes illegal, Amritsar DC Gurpreet Singh Khaira said any violator of the directions would be liable to face legal action.

Nonetheless, Punjabi actor Sonia Mann, who has been participating in the farm struggle at the Delhi borders under the umbrella of SKM, today announced a ‘kisan mahasabha’ at the Kukkranwala village stadium on April 19.

Asked about the Covid threat, the daughter of Baldev Singh Mann, a Left activist killed by militants in the 1990s, said if the government was so conscious about the health of its citizens, how could it ignore the cause of farmers and elders who had been so vulnerable at the Delhi borders struggling against the farm laws. She claimed prominent farm leaders, including Balbir Singh Rajewal and Joginder Singh Ugrahan, have given their consent to participate in the programme. KMSC state general secretary Sarwan Singh Pandher said farmers were never afraid of curbs in the garb of Covid. — TNS