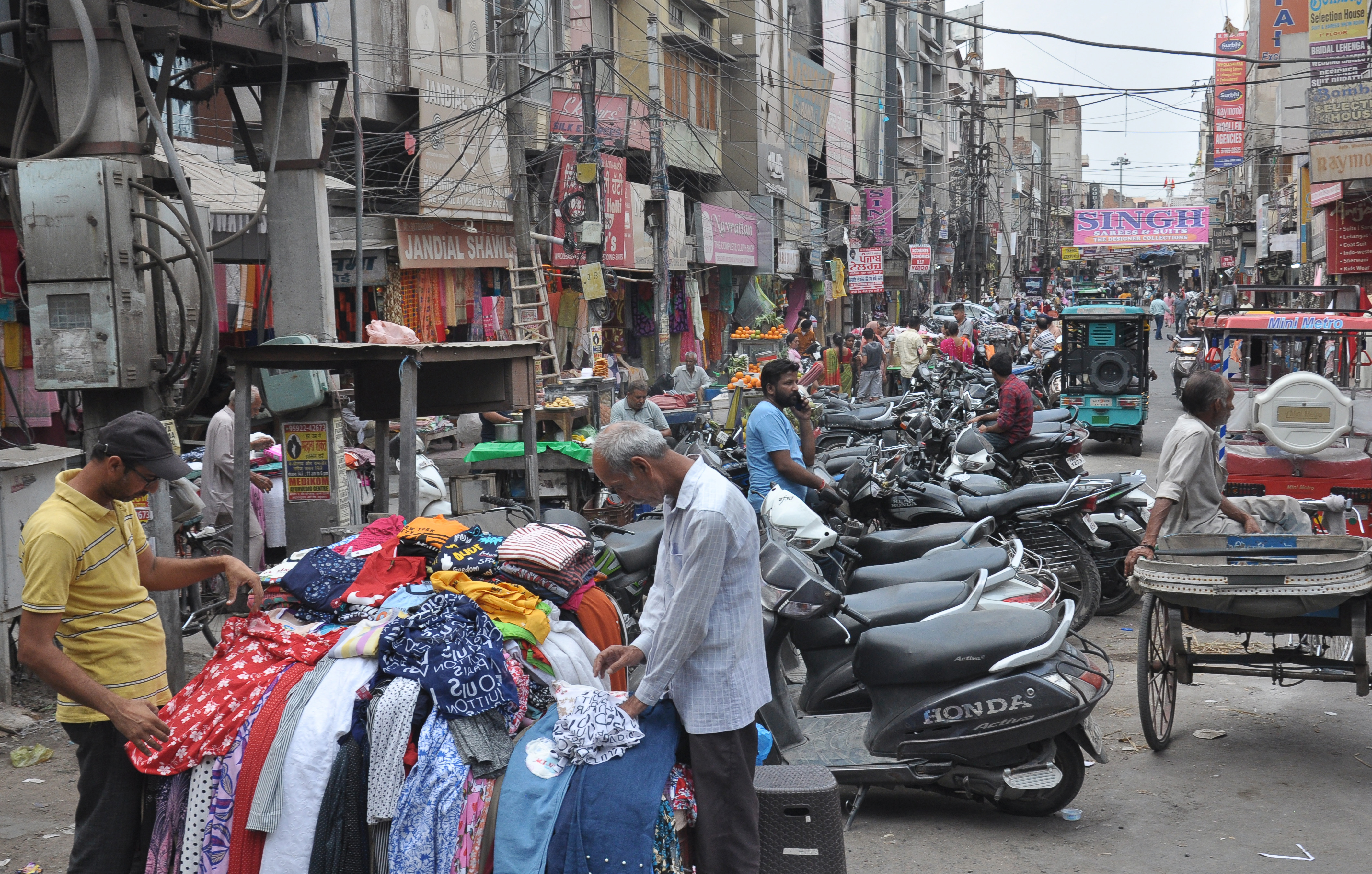 Irrespective of several campaigns to remove encroachments, these have little desired impact, especially on highly commercial roads. Those in business are of the view that shopkeepers allow vendors to park in front of their shops in return for a handsome amount.

Satnam Singh, a hotelier, said these vendors pay the amount to shopkeepers daily. The amount could be between Rs 300 and Rs 1,000, depending upon the commercial importance of the place. The menace is rampant in commercial markets around the Golden temple due to high footfall.

“In cut-throat competition of the retail sector, where sales is supreme, traders are using different measures to increase the sale of their profit,” he said.

Vendors selling different products such as vegetables, fruits, cooked meals, inner wear, baby clothes, cutlery and other products on commercial streets and pavements can be noticed. At the time of the anti-encroachment drive, these vendors are alerted and move to other places. Once the drive is over, it is business as usual.

Balwinder Singh, a visitor, said compounding the problem was the haphazard parking of vehicles on roadsides. It is resulting in posing several problems in commuting on roads to commoners and tourists in the holy city. Both create traffic bottlenecks. Vends of all sizes and hues are installed over the road leading to the Golden Temple. To earn a handsome amount, these vendors try to sell various merchandise to tourists visiting the holiest Sikh shrine.

Besides, hand-pulled carts can be seen stationed on various roads, including Katra Jai Mal Singh, Telephone Exchange Chowk, Katra Baghian, Katra Sher Singh and Katra Bhai Sant Singh among other places. These narrow roads, with rampant commercial activity and dense population, offer a nightmare ride to commuters. At many places, the width of the motorable road is narrowed, which contributed to traffic hassles. At other places, people encroach upon the pavements. These violations were not limited to this part of the city, but visible in almost all planned and non-planned localities such as Putlighar, Railway link road, Cooper Road, Basant Avenue, Rani Ka Bagh, Shastri Nagar, Joshi Colony and Kabir Park among others.