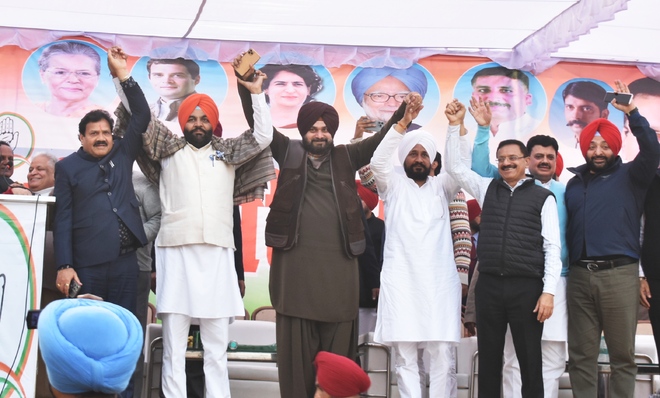 CM Charanjit Singh Channi became the third dignitary after former Deputy CM Sukhbir Singh Badal and Capt Amarinder Singh to have laid the foundation stone of the proposed multipurpose sports complex to be raised at the Ranjit Avenue locality here on Monday.

A brainchild of former cricketer Navjot Singh Sidhu, president of the PPCC, the sport complex became a victim of politics. As relations between Sidhu and the Badals soured, the project was not executed. After Sidhu joined the Congress, a ray of hope re-awakened that it would be completed. But soon a tiff started between the then CM Capt Amarinder Singh and Sidhu. Hopes again dashed. Construction work never saw the light of day.

It was on November 12, 2011, when the then Deputy Chief Minister (Sukhbir) had laid the foundation stone of the multi-sports complex. Later, Capt Amarinder Singh had laid the stone of the complex in 2017. Proposed to be spread over 21 acres of land, the sports complex was proposed to have three cricket grounds, three basketball courts, three tennis courts, two volleyball courts, a hockey ground, a football ground, a synthetic athletics track, skating rinks as well as indoor sports complex. It will also have sports infrastructure like four badminton, four table tennis, two squash courts, a wrestling and a swimming pool. Besides, a community centre will also be set up. It will also have parking lots with each ground. The Amritsar Improvement Trust (AIT) was to provide nearly Rs 25 crore for the project.