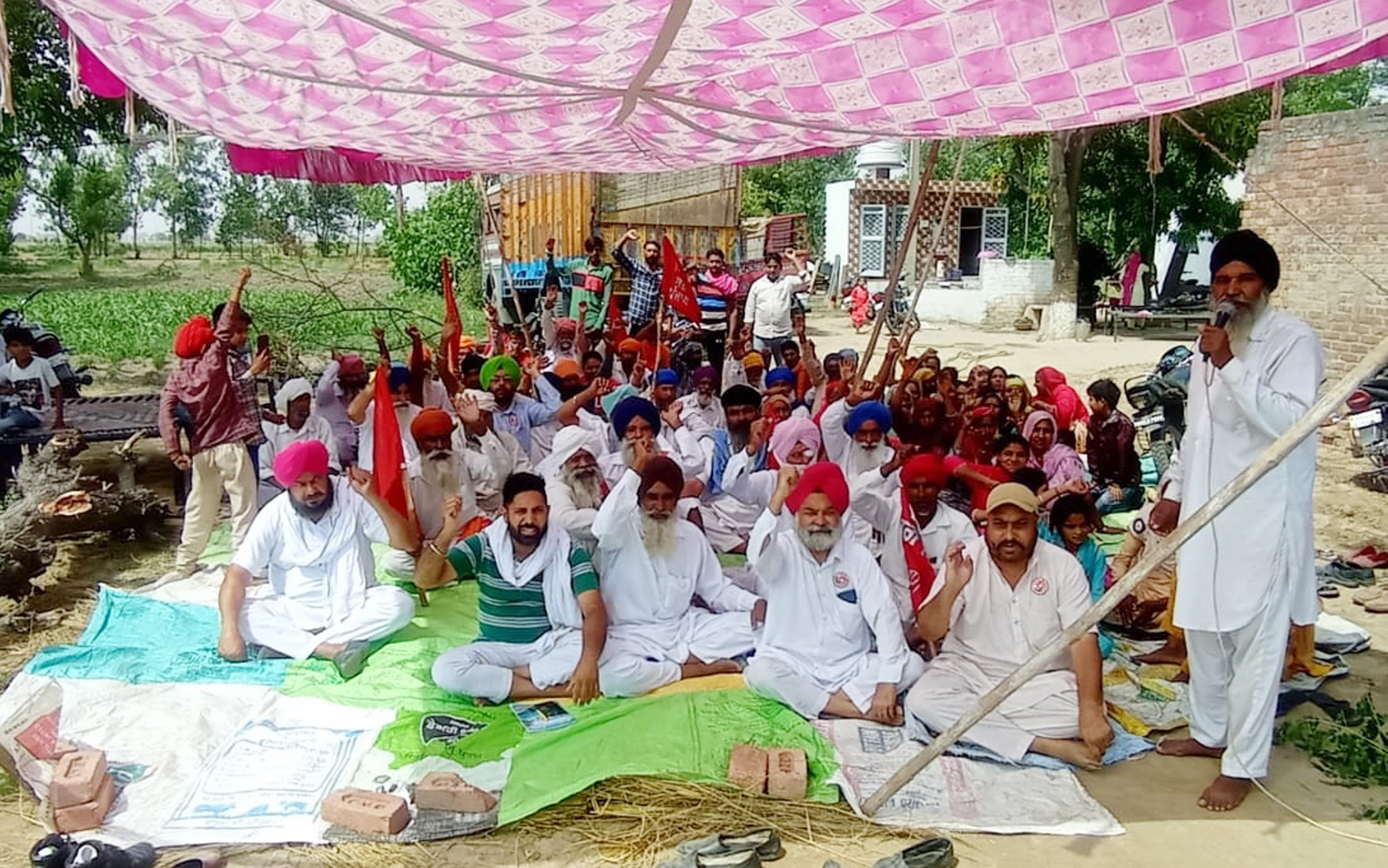 Farmers of Bhindi Saidan village during a protest near Ajnala on Tuesday. Tribune photo

The state government’s policy for acquisition of government land in rural areas is not going down well with residents it seems. Voices are gaining ground as farmers tilling these lands for several generations have started resisting the move.

Many farmers who claim themselves to be ‘abadkar’ (settlers) and not ‘nazaij kabzakar’ (illegal encroachers) have requested the government to review its decision, which would kill their only means of livelihood.

On Monday, farmers of Bhindi Saidan village in Ajnala staged a protest against the government over a similar issue. Villagers claimed that they had learnt that a team of the government would visit their fields to take control of the land.

Residents claimed that over 45 families from the village were tilling the land for the last five generations. Jamhoori Kisan Sabha president Dr Satnam Singh Ajnala said: “All of these farmers are marginal farmers and none of these families have any other source of livelihood.”

Residents of the village claimed that none of these farmers cultivate more than five acres.

Dr Ajnala said the then Chief Minister Partap Singh Kairon had visited Balarwal village in the area along with athlete Milkha Singh in 1962 had exhorted farmers to grow food on barren and waste lands.

“Moreover, the land originally belonged to Jumla Mushtarka category and the panchayat did not had the ownership of the land,” he said.

Earlier, too, 23 farming families from Sahowal village in the border area had resisted the government’s move to take control of nearly 83-acre land, which they claimed was made cultivable by their forefathers by uprooting forests.

Farmer leaders from the area including Sheetal Singh Talwandi, Rajinder Singh, Balkar Singh Gulghar, Gurpal Gill and others said the area residents would not allow the government to forcibly evict the occupants. They claimed that the government should give ownership rights to these settlers instead of throwing them out.