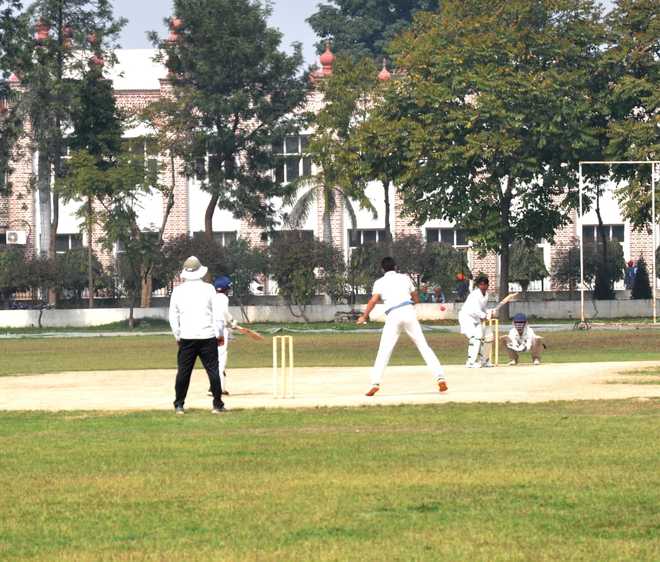 A Richcook Junior League match in progress at Khalsa College.

Being played on Gandhi ground, Amritsar Academy won by 28 runs. Opening the innings, Amritsar players posted a target of 125 runs for three in 25 overs. Abhinav’s knock of 53 and Arshdeep’s 41 – he later scalped two as well – were instrumental in the win. Chasing the target, Brightland Academy were bowled out for 117 in as many overs. In another match played at Khalsa College’s ground, Harbhajan Singh Academy were all out for a meagre 57 in 22 overs. RK Cricket Academy were flawless as they got the job done in only 10 overs without losing any wicket. — TNS