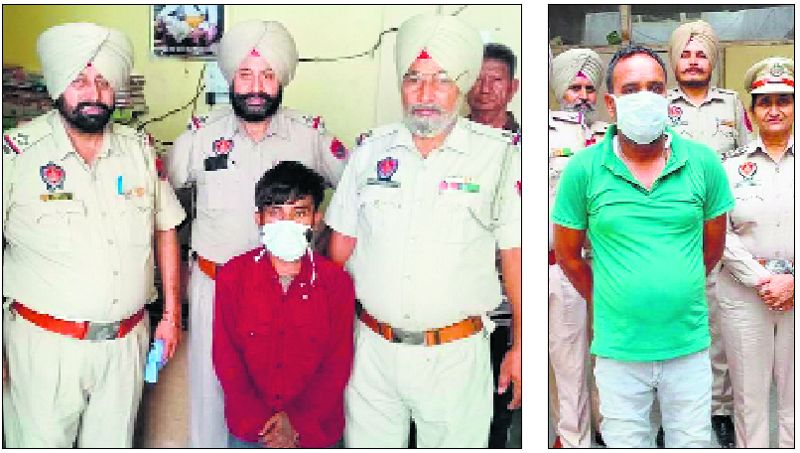 Two accused, who were arrested with heroin, in police custody in Amritsar on Monday. Tribune photos

In its drive against drug peddlers, the city police seized 234 gm of heroin and 780 intoxicating tablets after carrying out cordon and search operations, besides laying nakas at vulnerable routes. The police arrested as many as 22 persons in separate instances in the past 24 hours.

According to the police, separate FIRs under the Narcotic Drugs and Psychotropic Substances (NDPS) Act were registered against them and further investigations were under progress to ascertain links to nail drug peddlers.