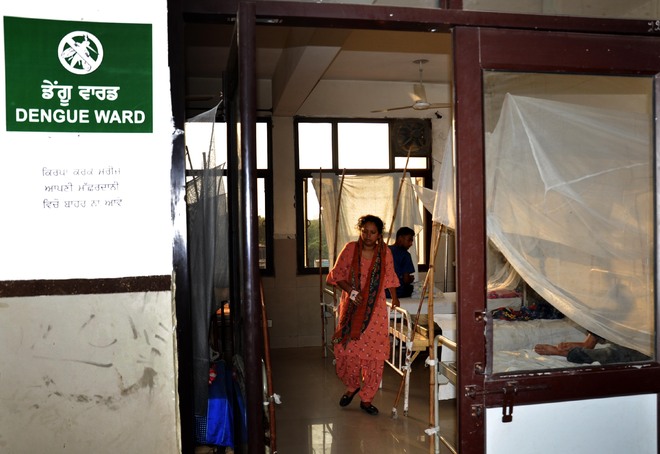 Even as the district Health Department has reported only around 750 dengue cases, a reality check reveals that the actual number of patients, who are sick with dengue-like symptoms especially high fever and a drop in platelet count, is much more.

Even as the district Health Department has reported only around 750 dengue cases, a reality check reveals that the actual number of patients, who are sick with dengue-like symptoms especially high fever and a drop in platelet count, is much more.

As per the government policy, a patient is considered a dengue positive case only if he or she tests positive in MacElisa test. However, a large number of people prefer simpler and common tests as blood count and platelet count instead of the government mandated test.

This tendency among the larger population to undergo tests other than those mandated by the government is not new. Even during the first wave of the pandemic, people had relied on X-Ray and CT scans instead of the RT-PCR.

He said a change in policy was required as even if there were only 750 official dengue cases in the district, what were others suffering from?

Residents feel the actual number of cases was far greater than actual figures and the government policy was merely acting as a tool to keep the dengue count low in reports.

“If a large number of people are having dengue and their platelet count is dropping and if this is not dengue, then it can be any other disease and is a serious concern,” said Jagbir Singh, a city resident, demanding that instead of waiting for the weather to change, efforts must be made to contain the disease.

Meanwhile, Health Minister OP Soni conducted a high-level meeting with health officials from the entire state to take stock of the efforts being made to contain the spread of dengue. He said around 5,500 cases have been reported from the state, adding that over 18,000 people from the state have been tested for dengue so far.

#as per the govt policy, a patient is considered a dengue case only if he/she tests +ve in MacElisa test