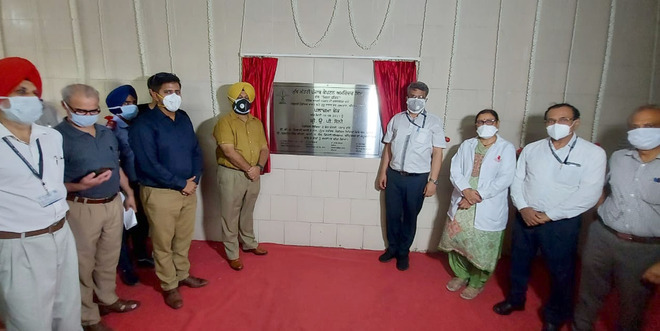 Deputy Commissioner Gurpreet Singh Khaira inaugurated a plasma bank and teleconference centre at Government Medical College here on Saturday. Speaking on the occasion, he said the plasma bank would help store plasma of cured Covid patients which would be used to treat critically-ill patients.

He also inaugurated a teleconference service centre for Covid-19 patients admitted at the hospital. He said the centre would enable hospitalised patients to communicate with their families through video conferencing, as well as doctors specialising in various ailments, including mental illness.

The doctors at the hospital, especially those involved, would also be able to counsel the patients of Covid-19 and strengthen them mentally. Khaira said sometimes patients were shaken due to fear of the disease, so it is very important to keep them in good spirits and this service would be a boon for so many patients.

Khaira said corona patients were constantly coming in the district which showed that the people of the district were being negligent. He said since the disease was contagious, it was important for people to take necessary precautions such as wearing masks, observing social distancing and washing hands frequent.