Amritsar has 11 patients of black fungus

Those afflicted being administered injections as and when required, says Om Parkash Soni 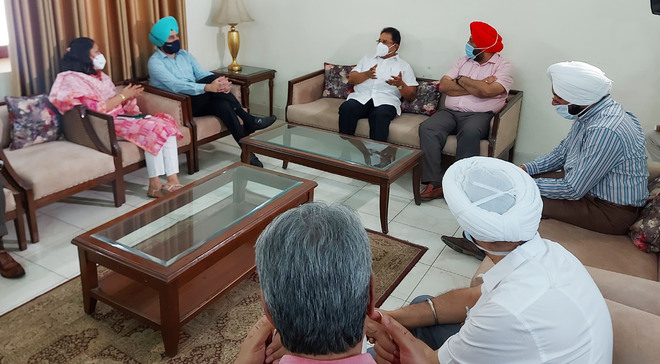 Minister for Medical Education and Research OP Soni during a review meeting about the Covid situation in Amritsar on Monday. 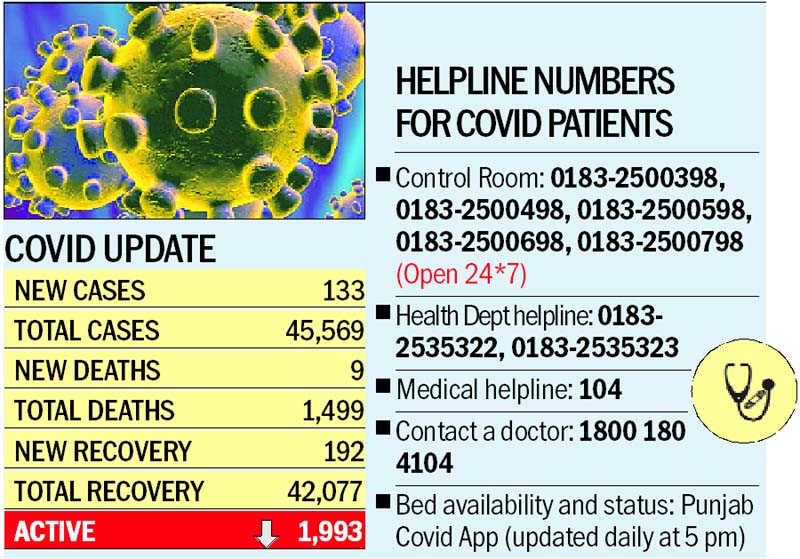 Speaking on the occasion, Soni said all arrangements had been made by the administration and separate wards for children set up expecting the third wave of Covid-19. He said these wards were fully equipped with medical equipment.

Talking about the present situation, Soni said Covid-19 cases had dropped by more than 50 per cent and the death rate had also come down significantly. The minister stated that about 1,100 patients were admitted to Guru Nanak Dev Hospital during the peak of the second wave of the contagion, but now the number had come down to 325.

All arrangements have been made by the administration and separate wards set up for children expecting the third wave of Covid-19. These wards are fully equipped.

He said at present 11 patients of black fungus were under treatment at Guru Nanak Dev (GND) Hospital. He directed the Civil Surgeon to increase the testing for the virus in the district.

The Medical Education and Research Minister said 72,60,286 tests had been conducted so far in three medical colleges and four government laboratories all over the state out of which 20,33,178 had been conducted at the local Government Medical College.

Talking about the district, he said over 8 per cent of the reports of the samples being collected from the district were coming back positive. He said with further drop in Covid-19 cases, more relaxations would be given to the shopkeepers.

Soni said the persons afflicted with black fungus were being administered injections as and when required. He said the vaccines given to private hospitals by the government had been withdrawn. “We can win the battle against the virus only if we ensure that the instructions issued by the Health Department are strictly followed,” added Soni.

Amritsar: With nine more deaths on Monday, the district toll increased to 1,499. The health authorities have also reported 133 new cases, with which the tally increased to 45,569. The new cases include 82 influenza-like illness cases and 51 contacts of positive patients. The health authorities have also reported the recovery of 192 patients, with which the recovery count increased to 42,077. The district at present has a total of 1,993 active cases. The deceased have been identified as Bakhshish Singh (85) of Chawinda; Shashi (61) of Majitha Road; Baldev Singh (74) of Rambagh; Pritam Singh (56) of Nijjarpura; Rohit (38) of Bhalla Colony; Om Parkash (82) of Guru Nagar (Railway Link Road); Tarsam Singh (44) of Indira Colony; Jaswinder Kaur (69) of Kot Khalsa and Supinder Kaur (52) of Darshan Singh Avenue. TNS

A person succumbed to the virus in the district on Monday, taking the toll to 330 in the district. The Health Department teams collected 1,188 samples on Monday. With 21 positive cases, the number of active cases reached 350. As many as 192 of the active cases have been isolated at their respective homes. Meanwhile, 2,347 citizens were vaccinated on Monday, taking the total number of persons to receive the jab to 1,41,670. OC