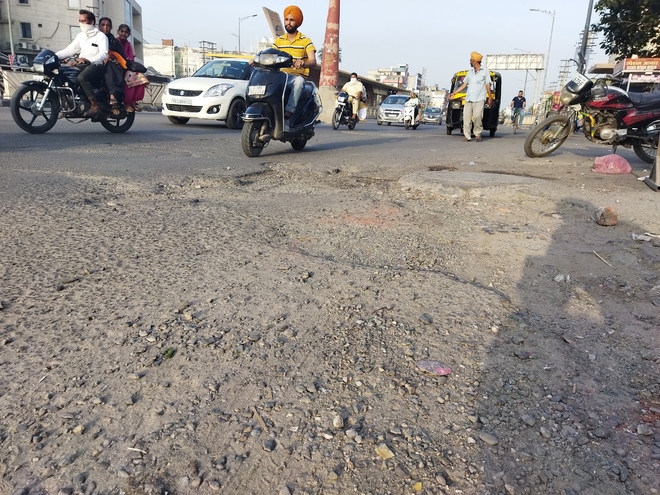 Evincing poor response from the Public Works Department (PWD) to recarpet roads under its jurisdiction in the city, the Municipal Corporation has decided to spend Rs4 crore on roads under it.

The MC will spend approximately Rs50 crore on all city roads. A major project was approved in the recently held General House meeting. The project would include widening and strengthening of roads, street furniture, painting of central verges, kerb stones and installation of cat eyes (blinking lights) on roads.

MC officials said some major roads were under the PWD and it was their prerogative to recarpet and repair these. But Mayor Karamjit Singh Rintu said these PWD roads were not being maintained properly.

“Lakhs of devotees visit the holy city every day. The damaged roads give a bad impression to visitors in the city. Residents also suffer due to bumpy ride on potholed roads. People are not aware as to which body is responsible for repair. They blame the Municipal Corporation and incumbent Mayor and councillors. So, we have decided to recarpet those roads, too, which are under the jurisdiction of the PWD,” the Mayor said.

Mayor Karamjit Singh Rintu claimed that all roads would be recarpeted in the summer season.