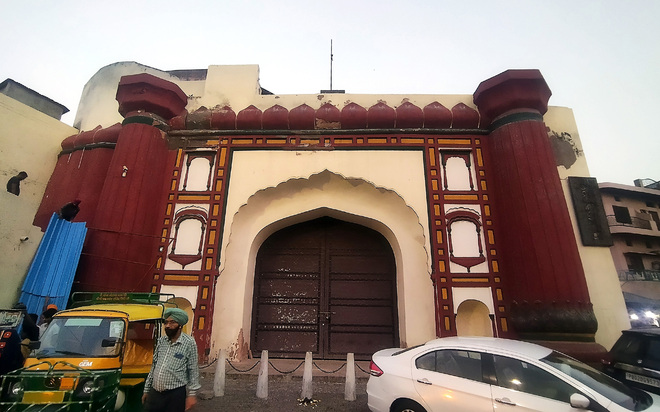 Rambagh Deorhi was renovated under ambitious project by Punjab Tourism and Heritage Board.

Money and efforts used to restore and make the Deorhi at the Rambagh Gate functional as a site for heritage tourism seems to have failed as the 200-year-old structure remains locked two years after the completion of the project.

A significant part of history, the Deorhi opens as a passage to the historic Rambagh Gate, a witness of Maharaja Ranjit Singh’s era and a place of court interaction during the time. It was among the 12 historic structures restored under the HRIDAY project with noted conservation expert Gurmeet Rai leading the conservation work.

In 2019, several months after the restoration work was completed on the Deorhi, it was opened briefly for the public by the MC. But without any promotion and lack of vision for its operation, the footfall remained low. In early 2020, due to the pandemic, it was shut down completely. Post-lockdown, it still remains shut for the public.

During the expansive conservation project, it was planned to have a ‘lok virsa’ museum for the public and a small segment to showcase folk and trade culture of the state was also set up on the premises. A light and sound show was also started briefly. A roof top cafeteria was to be made functional at the earliest. But after the site was handed over post-restoration, the MC has failed to make it commercially viable and operational.

In the meantime, the heritage building remained shut due to which it has been becoming vulnerable to damage. Despite repeated calls by experts, the site remains shut and several street vendors have now set up shops outside the gate.