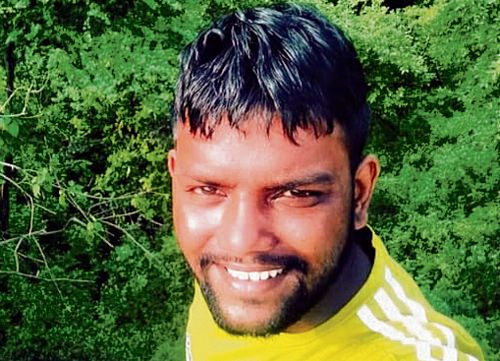 The death of a 24-year-old sanitation worker while removing illegal hoardings exposes gross violations by the Municipal Corporation (MC).

The deceased, Bobby, was not even a contractual employee of the MC as it was reported on Monday. He was working on behalf of some permanent employees in connivance with health wing officials. The police on Tuesday booked sanitary inspector Rakesh Gill for this violation.

The incident again exposed the practice of arranging makeshift employees on behalf of permanent employees of the corporation.

“The permanent safai karamcharis are getting handsome salaries. They don’t want to do such jobs, so arrange some poor person to perform their duties,” said a senior MC official. Now, safai karmachari unions of the MC are also in a dilemma as to how will they demand justice for the deceased.

Vinod Kumar Bitta, state president of one of the safai karamchari unions, confessed: “The practice of arranging employees is common, but wrong. The FIR against sanitary inspector is also wrong. We assure to arrange a job for one of the family members of the deceased in the MC.”

As far as compensation is concerned, the family of Bobby would not get anything from the government. However, local AAP unit demanded Rs50 lakh compensation and job to one of the family members of deceased.

Apart from this, the death of ‘arranged’ worker raised several questions on anti-defacement drive after the Election Commission orders. As per the Punjab Prevention of Defacement of Property Act, politicians, who displayed hoardings are bound to remove it. Almost all hording were illegal, so MC didn’t write to any political party as these boards and hoarding were not supposed to be displayed.

In a hurry to implement the orders of the Election Commission, the MC Commissioner-cum-District Nodal Officer (MC) Sandip Rishi deployed the sanitation staff on zonal-level to remove the hoardings and defacement on January 9.

Amritsar: A day after a youth was electrocuted to death near Gurdwara Shaheed Baba Deep Singh, the Division B police have booked sanitary inspector Rakesh Kumar Gill on the charge of death by negligence. Bobby (in pic) lost his life while removing illegal hoardings of political leaders after imposition of the Model Code of Conduct in view of the ensuing Assembly poll. His family members alleged that sanitary inspector took him along for removing the hoardings even though it was not his duty. When he along with three others were removing the hoardings, they got electrocuted as the board was touching the electric wire and due to rain current passed through it. Bobby suffered a fatal electric shock, while two others identified as Ashok Kumar and Major were also injured. They were rushed to a hospital, where doctors declared Bobby dead, while the other two are under treatment. TNS

No trained staff for removing hoardings

The advertisement wing of the MC has only four ‘beldar’ (Class-IV employees) to remove defacements. They are not able to climb a pole or building where hoardings are being displayed. The department has arranged a young man named ‘Chango’ to climb the poles and multilevel buildings without any safety gear. Chango is not on payroll but is earning his livelihood by risking his life on behalf of permanent employees for the last several years. The Tribune had highlighted the risk of electrocution in the job of removing hoarding from electricity poles. The advertisement wing officials are also aware about the risk, especially in rainy season. “Safai karmacharis are to sweep the roads. They should not be deployed on such tasks, where risk of life is involved. There should be trained staff for this task,” said Vinod Kumar Bitta.

No political party or politician liable?

The hoardings are being displayed by all four major political parties — the Congress, SAD, BJP and AAP. Sole breadwinner of family Bobby died while removing their defacement. The MC has its own reasons to not send notices to the political parties concerned. “Death of Bobby is not just an accident. It is negligence of the MC. The political parties, who displayed the illegal hoardings should be responsible for this,” said advocate Kuljit Singh, a social activist.

As per the directions of the Election Commission, we have to remove hoardings within 72 hours. Following the shortage of staff in advertisement wing, the sanitation workers were deployed on duty. As all boards were illegally displayed, we didn’t send notice to any particular political party. Sandip Rishi, MC Commissioner

The permanent safai karamcharis are getting handsome salaries. They don’t want to do such jobs, so they arrange some poor person to perform their duties. A senior MC official

The practice of arranging employees is common, but wrong. The FIR against sanitary inspector is also wrong. We assure to arrange job for one of the family members of the deceased in the MC. Vinod Kumar Bitta, state president of Safai Karamchari Union