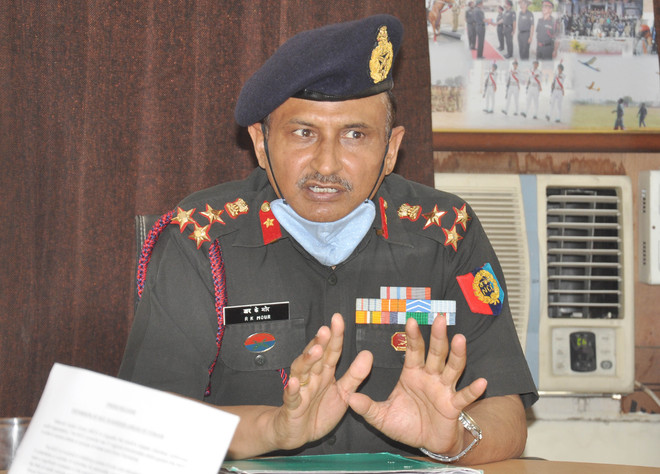 As announced by Prime Minister Narendra Modi on August 15, the expansion of NCC is being undertaken in border areas of Punjab under the PH HP & C Directorate (Punjab, Haryana, Himachal Pradesh and Chandigarh). The Amritsar NCC wing, which has been assigned the maximum responsibility to implement the plan for expansion in the border belt, will induct 8,660 new cadets into the unit under the scheme as against the present strength of 12,040 vacancies.

This increase in the number of cadets is almost 70 per cent and the NCC wing in the city today announced that cadets would be enrolled from various schools/institutions in border areas, out of which one-third will be girls.

This expansion plan would be implemented in partnership with the state administration. The scheme is open to all government and private institutions and it will be initially Centrally funded. Brig RK Mour, Group Commander, Group Headquarter, Amritsar, said the requirement was to have a school with minimum 500 students and provision of a teacher under 42 years of age, who should volunteer to become an ANO (Assistant NCC Officer).

He said he had reached out to the schools to subscribe to the NCC and encourage the students to join the organisation. “Representatives from various NCC units in Amritsar will be visiting the schools and institutions to ensure maximum enrolment in the next one week. The NCC is involved in instilling a sense of unity and discipline among the students. It undertakes a number of activities for personality development of the child.

“There has been a significant increase in the spectrum of activities undertaken by the NCC, especially in the field of social service and community development. NCC has actively participated in Swachh Bharat Abhiyan, various health awareness campaigns under the state and Central government schemes, tree plantation, anti-drug campaign, water conservation programmes,” he elaborated.