Amritsar residents to get relief from threat dangling overhead 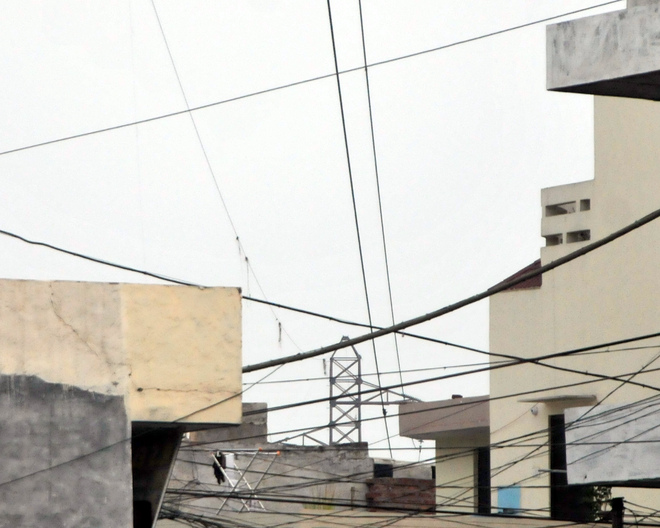 Even as the district administration has decided to remove electricity wires alongside the wall of the old city and replace these with underground wiring, residents of many localities where high-tension wires are running parallel to the houses are still waiting for the good news.

The Deputy Commissioner, in a meeting with the officials on Wednesday, had asked the MC to expedite the work. In a press release issued by the administration, it was stated that all wires running above the houses would also be shifted and an amount of Rs13 crore would be spent. The work would be undertaken in the walled city area, a substantial part of which is represented by Deputy CM OP Soni.

A senior official of Power Corporation on being asked if there was any plan to shift the high-tension wires running overhead in New Dashmesh Nagar, Indira Colony, Mohakampura, Mustafabad and Azad Nagar among others said there was no such proposal as yet.

In the past, many accidents have occurred resulting in loss of life and limb and promises have been made during elections, but the wires have not been shifted.

Understandably, the electricity poles and wires were fixed before the areas were habituated by humans, but none of the local departments stopped people from buying plots or constructing houses on these. In some areas, high-tension wires are only a few feet above the rooftops.

A resident of Indira colony, Rattan Kumar said: “We live in constant fear. We had earlier heard that the lines can be shifted if residents pay for it. We had purchased plots here as these were cheap. Now, we cannot afford to pay for shifting of the lines.” Residents said like in other areas, the government should also fund shifting of wires in these areas.