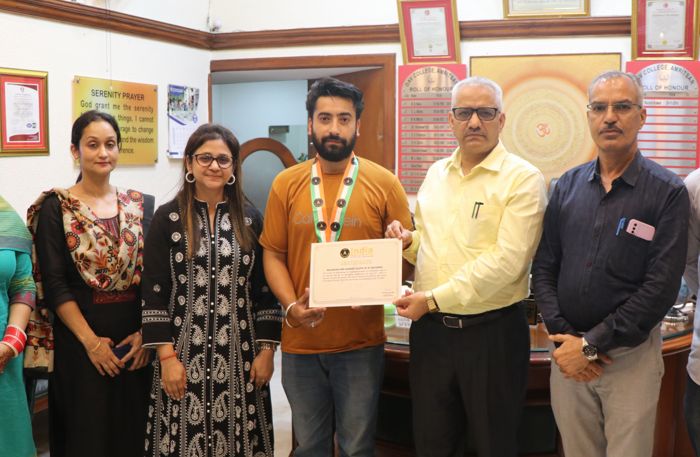 Akashdeep Singh has brought laurels to his alma mater DAV College and the city by setting a new record for maximum number of one-handed claps in 30 seconds. He has got his name registered in the India Book of Records.

“I had been practising since a year to achieve the goal of completing the number of one-handed claps using the best technique. I am glad that I have succeeded,” he said.

Akash said he was already known for his performance in the theatre and other college activities and to gain more fame and recognition, he aimed to set a new record.

“I searched for what category of records can be created and I came across Akshay’s record of last year,” he shared. Akash’s record has been approved and he has been awarded a certificate and a gold medal documenting his feat by India Book of Records.