Amritsar: An afternoon dedicated to treasure trove of Punjabi literature : The Tribune India

Amritsar: An afternoon dedicated to treasure trove of Punjabi literature

It’s a tragedy that current environment not hospitable for the youth, says Surjit Patar 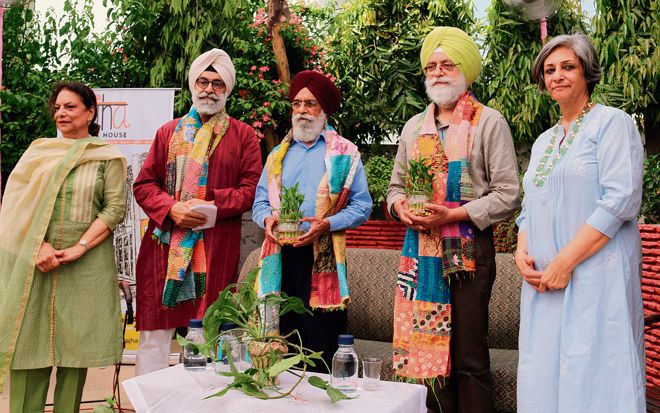 It was an afternoon dedicated to the insightful exploration of Punjabi literature, its relevance and status in contemporary context as eminent literary personalities shared a common stage at Majha House. The Prabha Khaitan Foundation in association with Majha House held a day-long Punjabi Yuva Sammelan and Sahit Sabhyachaar meet on Sunday.

Opened by Punjabi poet Surjit Patar, the meet hosted several sessions and discussions on Punjabi literature and had young and upcoming writers of Punjabi sharing their work with a mixed audience. Patar, while speaking on the lack of holistic environment in current Punjab for its youth, said: “It’s a tragedy that the current environment, be it cultural, socio-economic and otherwise, is not hospitable for the youth. That’s the reason we have a large number of youngsters migrating to foreign lands for better prospects. If this continues, without the stakeholders providing a solution, then there would be no custodians left for our cultural and literary heritage.”

Patar also shared his views on the indifference that ghazal received in literary circles, when he was an upcoming poet. “Ghazal had always been considered as a lesser respectful counterpart of nazm. This was because ghazal does not follow a single theme or even a pattern like nazm, which talks about a single topic. So, when I started writing ghazals, I attempted to bring in consistency in it, which later became popular,” he said.

Patar’s ghazals and poetry were also recited later in the afternoon. An immensely popular poet of Punjabi language among the old and young, Patar also talked about how in poetry writing it was important to maintain that the spotlight remains on the verse and the one, who pens it down, which is often the case.

In another session, on the ethos on Punjabiyat, where conservation expert Gurmeet Sangha Rai, Gurupdesh Singh and literary experts Jasbir Singh and Harvinder Singh Bhandal, it was discussed how Punjabis have always been a rebellious community.

“We always were a mixed, secular society, with caste system seeping into it quite late. By nature, Punjabis were known to be rebellious, a martial race, a fact that British also realised and therefore, a lot of Sikhs were inducted into armed forces,” said Gurupdesh Singh.