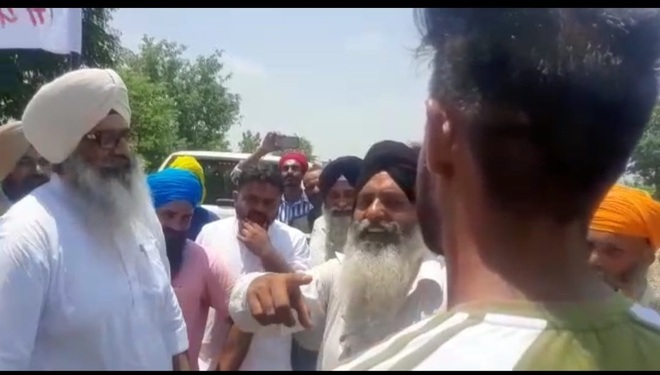 Congress MLA Ramanjit Singh Sikki from Khadoor Sahib constituency had to face great resentment of farmers and other residents on his visit to Lalpur village on Saturday.

The MLA was in the area regarding the Vidhan Sabha elections.

As soon as the farmers of the village got the information regarding his visit, they rushed to the spot and gheraoed him. The MLA tried his best to pacify the farmers but in vain and he had to return without holding any corner meeting in the village.

The protesting farmers under the banner of Kisan Mazdoor Sangharsh Committee, Punjab , led by Pakhar Singh, Dula Singh, Sardool Singh and others asked him the reason behind his long absence of about four-and-a-half years from the constituency. They said that they had been facing acute problems from the administration’s side as in spite of eligibility, their loan had not been waived.

They questioned the MLA about his long absence from the constituency even after his ‘missing’ posters were pasted on the walls <in the area.

They warned that they would not allow any of the politicians to enter the village until the farm laws were rolled back.

Despite repeated attempts, the MLA could not be contacted.