Apart from planting saplings, need felt to save water, check plastic use & cause less pollution 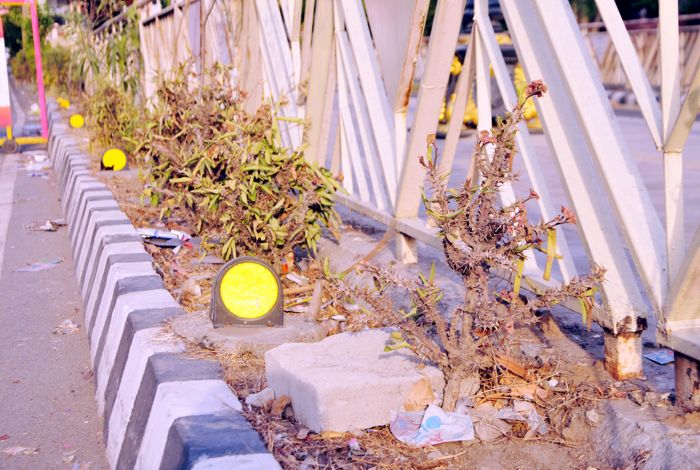 World Environment Day: Most of the plants along the BRTS lane in Amritsar have dried up. Photo: Vishal Kumar

Even as increased environment awareness in recent years due to the efforts being made by environmentalists, religious and government organisations, residents, especially those living in the city and who do not have much space for planting trees, feel that the government should step up its efforts and use every public space available for increasing the green cover.

“The NGOs and religious organisations should again play an active role. The local administration and NGOs should work in tandem so that the survival rate of plant saplings is increased,” suggested local resident Kashmir Singh. He said with no space in homes, especially in the walled city, the residents are unable to contribute much towards the cause.

of their houses, they are unable to plant trees that provide shade.

Dr Rakesh Sharma of Voice of Amritsar, a local NGO, said, “The plantation drive would begin with the rainy season in the next few weeks.”

He added that though people might face the shortage of space at their homes, they can contribute by planting and nurturing trees in the streets and nearby parks.

Dr Sharma further said preserving environment was not only done by planting trees, but also by saving water, checking plastic use and causing less pollution.