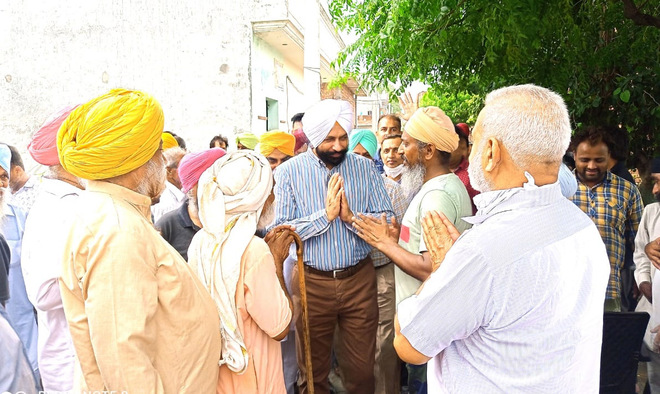 Amritsar’s two constituencies — East and North — are likely to witness a keen contest in the next Assembly poll, owing to a change in political equations.

While PCC chief Navjot Singh Sidhu, who represented the East constituency, has kept his cards close to his chest and shifted towards his hometown Patiala, Capt Amarinder’s turf.

Local Congress leaders have started lobbying for the ticket. The frontrunners are Mayor Karamjit Singh Rintu and Amritsar Improvement Trust chairman Dinesh Bassi. Both have become active in the East as they are meeting residents and trying their bit to make their presence felt.

Rintu said, “I have been regularly monitoring the works being done, especially in the ignored areas of the constituency. The outer periphery areas like Verka, Vallah and ward Nos. 20, 21, 22, 25, which were devoid of sewerage for long, have been revamped. Similarly, proper roads, street lights and safe drinking water supply have been ensured in these areas. Works worth Rs 50 crore were executed or are still under way in several pockets of the East constituency.”

Bassi said, “I leave up to the party to decide, but I prefer to contest from the East constituency seat as I have been regularly associated with residents of the constituency and executed a number of civic projects.” Similarly, the contest will be interesting in the North, a Hindu-dominated seat and home turf of rebel BJP leader and two-time MLA Anil Joshi.

Joshi, who was expelled from the party for the next six years, has announced to contest the elections independently from here. The contest gains significance as former IG Kunwar Vijay Pratap from AAP also seems to start his political innings from here if regular meetings conducted by him are any indication. AAP’s Munish Aggarwal, who unsuccessfully contested the 2017 poll from here, said, “I will be happy to vacate the seat for Kunwar.”