Being humane: Amritsar based physiotherapist runs NGO for animals’ protection 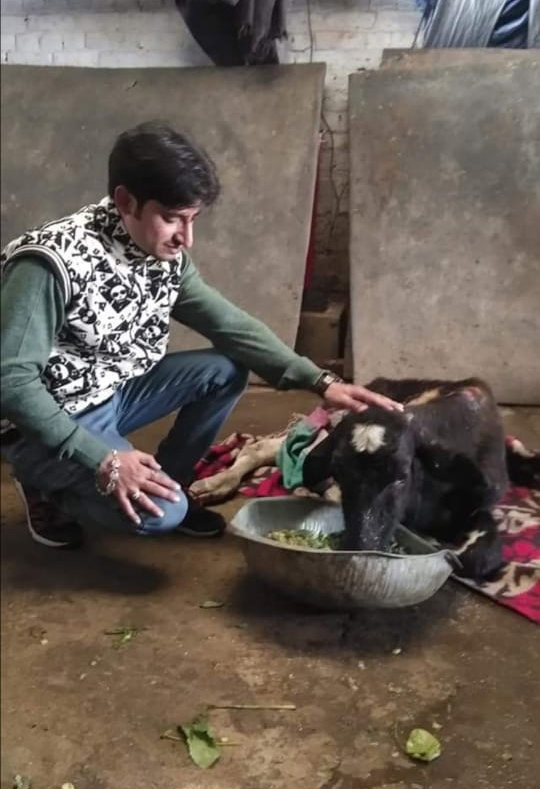 Rohan Mehra, a physiotherapist, is working for protection of animals in the city for years. He started his journey unaccompanied but is now leading the Animal Protection Society, an NGO of over 2,000 volunteers.

Being sympathetic towards animals is something which Rohan learnt during childhood years. Apart from his professional desires, Rohan also wanted to work for the animals and save them from cruelty.

“I reside in Kot Khalsa area. In my childhood, the Municipal Corporation workers used to visit our area to catch stray pigs. They used to adopt cruel practices while catching them.” Heading for school on rickshaw, I used to dream of becoming something to stop the cruelty. I have made several such efforts in my childhood,” he said.

Before constituting a dedicated team of volunteers, it was all a one-man-army show to treat the injured cows, dogs and other animals during road accidents. In 2015, Animal Protection Society got registered and initiated organised work to improve the infrastructure for stray animals in the city.

“In 2018, we sat on a dharna outside the city Mayor’s office to increase the capacity of cow shelter. During the last six years, we have treated more than 1,000 cows injured in road accidents. There is no count of stray dogs. Sometimes we rescue five dogs in a day,” he added.

Rohan claimed that people forsake their pet animals on city roads when they got old or diseased. “We often found old horses and other pets roaming on city roads in pitiful conditions. We provide treatment, conduct operations and send them to shelters. In case of dogs, we find a dog lover for adoption of injured ones. We spend money from our pockets for this cause.”

Apart from taking care of animals, Rohan also vies for FIRs in cruelty against animal cases. “The first FIR against organising dog fights in the state has been registered on my complaint. Last year someone poisoned dogs and we took a legal action. We assure that the police reach the accident spot where any cow was injured and is rescued with help of the MC employees,” he told.

Talking about the change that happened with his efforts, Rohan said, “With our continuous follow-ups, the MC is constructing a gaushala near the India Gate and had sanctioned Rs1.5 crore. The sterilisation project has been initiated. Public is getting aware about the cruelty against animals.”