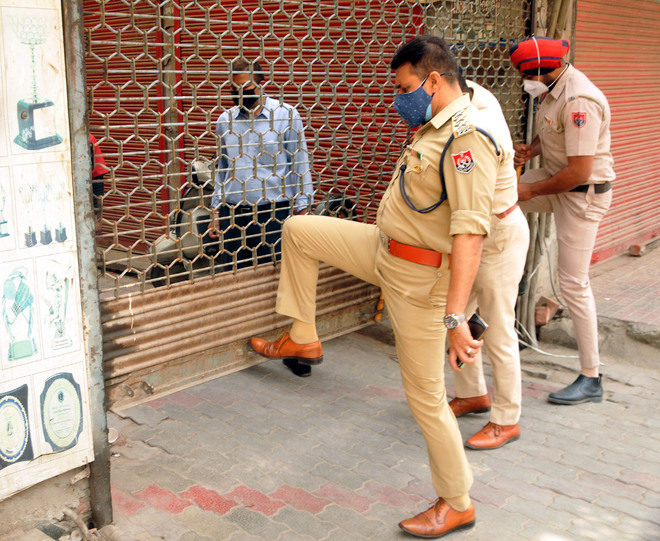 The extension in the lockdown and changes in guidelines coupled with a flood of confusing and contradictory messages on social media added to the confusion of shopkeepers and residents alike as many of them thronged to markets believing the weekend markets would function normally from Monday onwards.

While many shopkeepers, who were unaware of the new guidelines, opened their shops, the police had to use force to shut these down. The extension in the lockdown came as a jolt for many, who believed that the state government would not impose lockdown on weekdays.

A shopkeeper said: “The state government had earlier stated that it would not impose a lockdown. For the government, some shops might be in essential and non-essential category but for a person whose livelihood depends on it, opening it is very essential.” He said people have not yet recovered from the losses they had suffered during the previous lockdown.

The police also took out flag march in different areas of the city asking shopkeepers to comply with the new orders.

What the new orders say