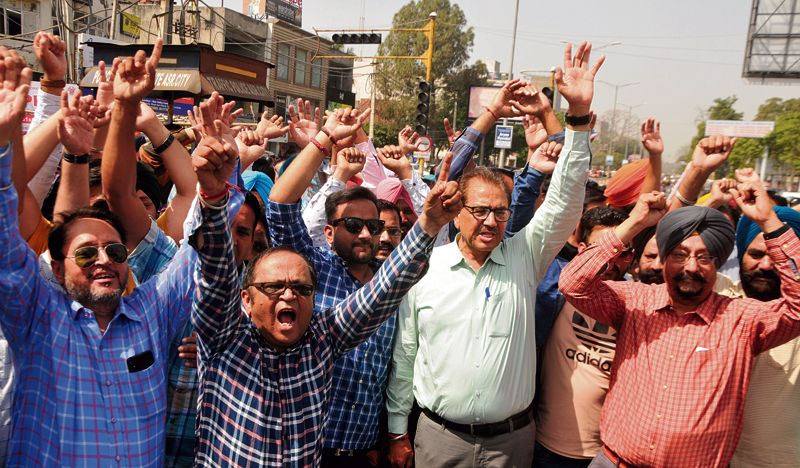 Bank employees protest during a nationwide general strike against the policies of the Central Government in Amritsar on Monday.

The protest affected those who had to pay different kinds of taxes and dues before March 31. Residents complained that the protest would lead to a rush of people on the last two days of the month when the banks would reopen for business.

Apart from bank, telecom and India Post employees, industrial workers, transporters, BRTS employees, brick kiln workers and others also participated in the protest. The nationwide protest is also being supported by the Samyukt Kisan Morcha.

The protesters also organised a rally at the Company Bagh and took out a march towards Hall Gate. Trade union leaders as Vijay Mishra and Amarjit Singh Asal said the government should withdraw anti-labourer code and stop privatisation of national assets. They said minimum wages should be fixed at Rs 21,000 per month and the government must ensure a minimum of 200 work days for the workers.

Kishore Sareen, president, Punjab National Bank Employees’ Union, said the government’s move to privatise banks would be opposed. The employees’ leaders also demanded that the MGNREGA scheme should also be extended to cities.

The leaders stated that health and education should be the domain of the welfare state and there should be minimum involvement of private sector in these areas.

They also criticized the Central Government for raising the prices of cooking gas, diesel and petrol.

Meanwhile, health employees, including contractual workers at GMC, also staged a protest to support the nationwide protest. The employees demanded that all outsourced and contractual employees be regularized, the old pension scheme revived and filled on vacant posts. 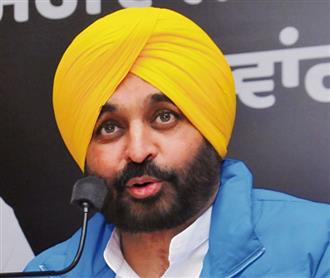