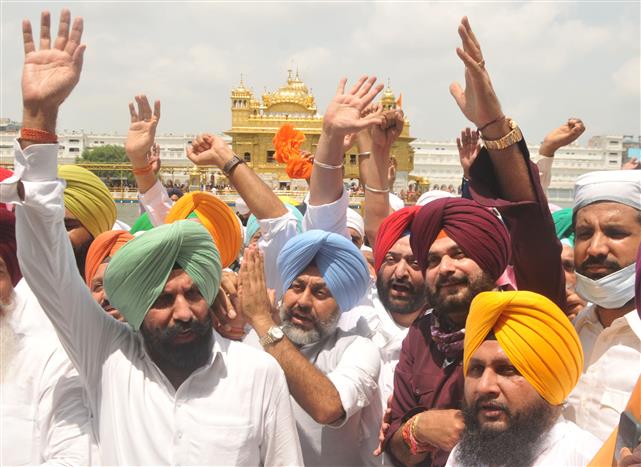 The ‘show of strength’ by new PCC president Navjot Singh Sidhu with his supporters at the Golden Temple complex yesterday has not gone down well with the SGPC. File photo

The ‘show of strength’ by new PCC president Navjot Singh Sidhu with his supporters at the Golden Temple complex yesterday has not gone down well with the SGPC.

SGPC president Bibi Jagir Kaur alleged that after becoming the PCC president, Sidhu had come to the Golden Temple to show his political strength, which had hurt sentiments of Sikhs.

Speaking on the social media platform of the SGPC, she said it was against the Sikh etiquette for the leaders of political parties to show off their political strength in the holiest place.

“Sidhu’s visit with his supporters has caused inconvenience to the common devotees. He should have avoided it and come like a humble human being, not as a celebrity,” she said. — TNS