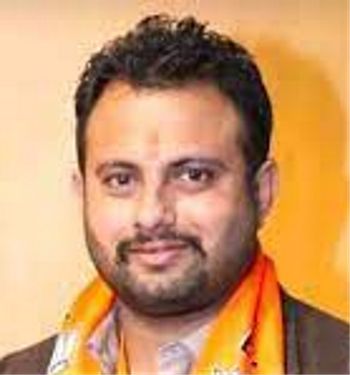 BJP Yuva Morcha Punjab vice-president Ashok Sareen on Thursday appeared before the Special Task Force for investigations into the role of a prominent Punjabi singer and his links with alleged drug peddler Gurdeep Rano. - File photo

BJP Yuva Morcha Punjab vice-president Ashok Sareen on Thursday appeared before the Special Task Force for investigations into the role of a prominent Punjabi singer and his links with alleged drug peddler Gurdeep Rano.

Rano was held by the STF in November last year in connection with an international drug cartel seizing 5.39-kg heroin, illegal weapons and eight luxury cars from his palatial house.

Rano allegedly amassed huge moveable and immovable properties in a span of four years. In March 2021, the Punjab Government had suspended five senior police officials, including an IG-rank officer, for their alleged collusion with him.

Sareen was summoned by the STF for recording his statement at his border-range office here on Thursday. After recording his statement, he told the media that the Enforcement Directorate was also investigating into the links of Punjabi singer with the international drug cartel suspects following his complaint. He said the singer used to shoot films in the farmhouse of Rano. He said while investigating into the international drug racket, the STF had found the involvement of politicians, police and certain civilians and sought approval and further action from the Punjab Government in this regard.

“If he had paid for the shooting, then he should show the transactions and receipts,” he said, adding that the STF will look into the possibility that Rano might have paid him to convert his ill-gotten money from drug trade into white money through foreign programmes of Punjabi singer and his group. Rano might have invested his money in making films also and the STF must look into this, he said.

Arun Sharma DSP, STF, said Sareen’s statement was recorded and his allegations would be investigated into. The STF may summon Punjabi singer in the near future for investigations.