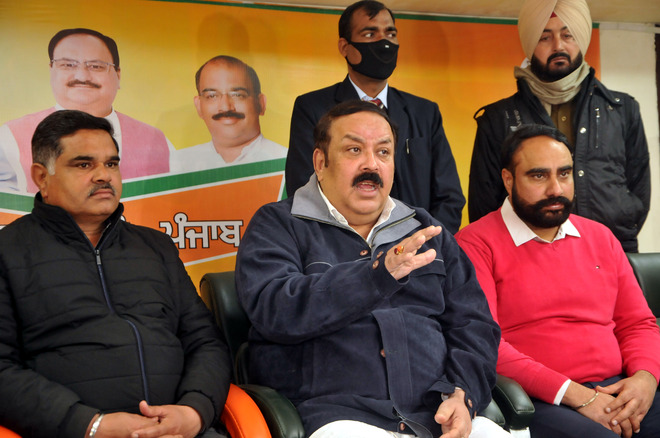 Rajya Sabha member and BJP leader Shwait Malik has raised concern over erecting a separate memorial dedicated to the Jallianwala Bagh massacre in Amritsar. He termed it as a political move by the state Congress which could not contribute towards making the original historical site an ideal place.

Malik claimed that he met Prime Minister Narendra Modi and the BJP high command and discussed the issue of poor upkeep of the Jallianwala Bagh. “On my request, former Union Finance Minister Arun Jaitley, Central minister Hardeep Singh Puri and the Cultural Minister visited the garden. The BJP government made a plan to renovate it. We made a 3D digital theatre, installed new fountains, Shaheedi well redeveloped, bullet marks preserved and landscaping were done in the Jallianwala Bagh. We changed its face in one year,” he said.

“It is strange that the Capt Amarinder Singh-led Congress government in Punjab was constructing the memorial 5 km away. Actually, the Congress leadership is trying to avoid the questions of people about the failure of their trust to take care of the Jallianwala Bagh. Capt Amarinder Singh wanted to get political mileage out of it. I am not against the new memorial but oppose the politicisation of the issue,” he added.