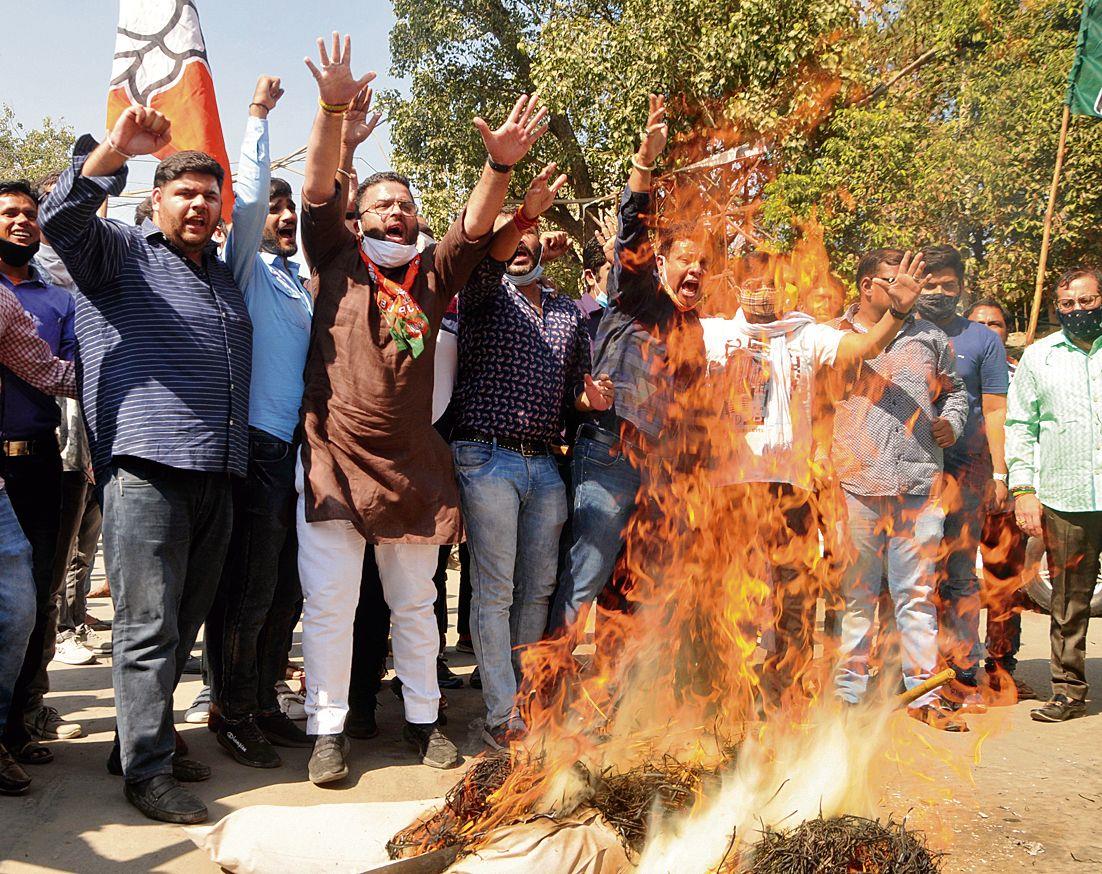 Amritsar: Activists of the Bharatiya Janata Yuva Morcha (BJYM) staged a protest here on Thursday, demanding arrest of persons behind attacking state BJP president Ashwani Sharma. The BJYM activists alleged that the Congress was behind the attack. They claimed that Congress was trying to defame farmers by alleging that the attack was planned by them. The BJYM leaders said they would not allow Congress to destroy the law and order situation of Punjab. District BJYM president Gautam Arora said they demand that all persons involved in executing the attack and planning it are identified and thrown behind the bars. TNS

Tarn Taran: A patrolling party of the 14th battalion of the BSF on Thursday recovered five packets of heroin near Pillar No.151 in the Khemkaran sector. Officials of the BSF said the consignment was recovered from the Indian side across the fencing in Kals village. The value of seized heroin in the international market is around Rs 25 crore, the BSF said. Just two days ago, four packets of heroin were recovered by the BSF from across the fencing. OC

Donate blood for a cause: DC

Tarn Taran: Deputy Commissioner (DC) Kulwant Singh at a blood donation camp organised jointly by the District Red Cross Society and the Health Department donated blood here on Wednesday. While addressing the present the DC stressed on the need to donate blood as it was the most precious thing in the universe and it might save the lives of many at the time of need. He said that he had donated the blood for the 20th time till now. OC