‘Poorest’ candidate, Sham Lal Gandhi, has assets worth Rs40K only 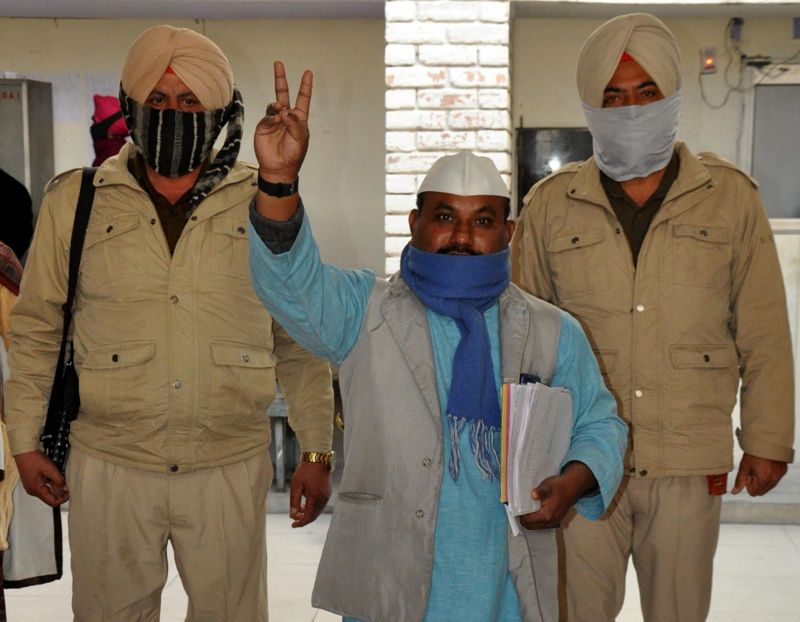 A total of seven candidates filed their nominations from four different Assembly constituencies on Thursday. Cabinet minister and Congress leader Sukhbinder Sarkaria, along with his nephew, Dilraj Singh Sarkaria filed his papers from the Rajasansi Assembly segment. While Sukhbinder Singh Sarkaria and Dilraj Singh Sarkaria have filed nominations on Congress ticket, Amarpal Singh Bonny and his wife Anu are SAD candidates. Ajay Gupta and his son Sarthak Gupta are AAP nominees and Sham Lal Gandhi has filed his papers as an independent candidate.

Sarkaria’s nephew, Ajay’s son and Bonny’s wife are covering candidates. It was the second day for the nominations today. Earlier on the first day, none of candidates had filed their papers from any of the 11 constituencies in the district.

Of all the candidates who filed their nominations on Thursday, Sham Lal Gandhi is the poorest as his total net worth is just Rs 41,841. It includes Rs 40,000 as cash in hand and Rs 1841 as bank savings. He or his wife does not have any immovable property. They also do not have any liabilities.