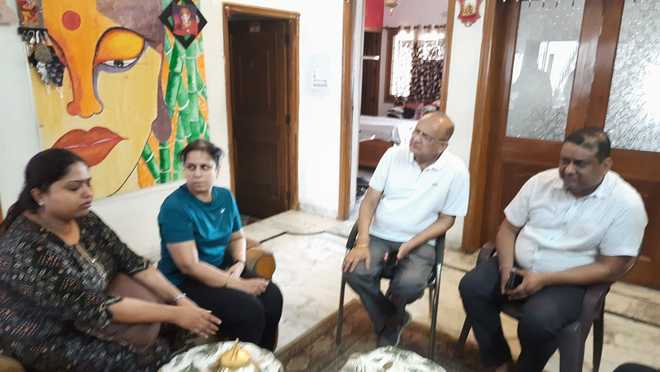 Thieves, in connivance with a servant, allegedly decamped with ornaments worth Rs 30 lakh, besides Rs 2 lakh, from AAP leader Rishi Agarwal's house in New Garden Colony in Amritsar. Tribune photos

Two thieves, in connivance with a servant, burgled the house of AAP leader Rishi Agarwal in New Garden Colony and decamped with gold ornaments worth Rs30 lakh besides Rs2 lakh cash.

The Civil Lines police have started probe and found CCTV footage of the suspects. Those booked were identified as servant Raju and his two unidentified accomplices. 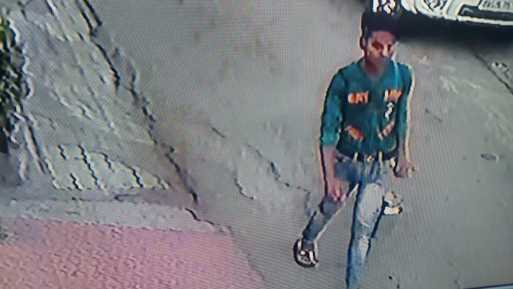 A case under Sections 381, 380, 454 and 34 of the IPC has been registered against them, while raids were on to nab the suspects, the police said.

He said yesterday around 4 pm, his wife and daughter went to the market by locking the upper portion. He said when they returned two hours later, they found the doors opened and the lock broken. They called him and he immediately rushed home and found the locks of the wardrobe in the store broken. He claimed that Rs2.10 lakh and gold ornaments, diamond jewellery and silver coins worth over Rs30 lakh were missing.

He said when they found Raju also missing from the house and asked about his whereabouts from another domestic help Anand, he told that Raju along with two unidentified persons had gone out of the house.

Agarwal told the police that the family had demanded Aadhaar Card from Raju for police verification but he said he lost the same when he came to Punjab. He was kept in the house following reference from a gardener, who used to work at a nearby park.

The police authorities said investigations were under way and efforts were on to find the accused.