Case against 18 persons for mining sand in Amritsar 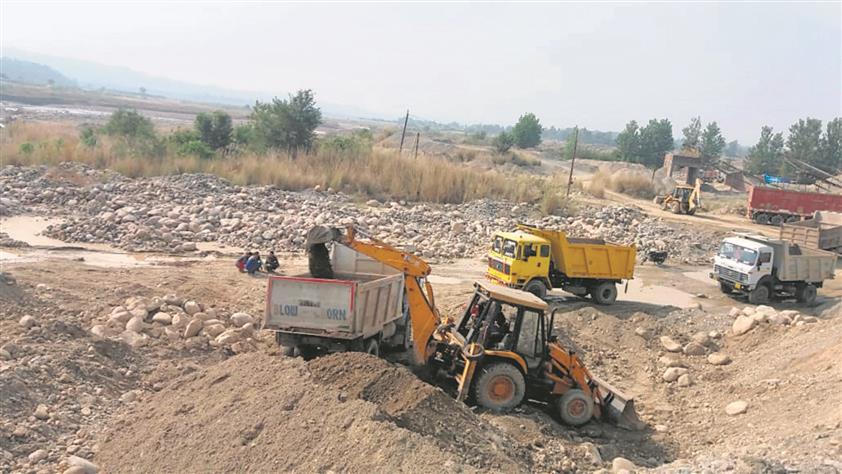 A day after the police arrested seven persons and seized five tippers and an earth mover (JCB) involved in illegal mining at Pandori village, the Amritsar (rural) police have booked around 20 persons under similar offence. - File photo

A day after the police arrested seven persons and seized five tippers and an earth mover (JCB) involved in illegal mining at Pandori village, the Amritsar (rural) police have booked around 20 persons under similar offence.

The Mining Department and police personnel faced resistance from the accused after they intercepted sand-laden tractor-trailers near Kot Mehtab village falling under the jurisdiction of Beas police station.

The tractor-trailers were heading towards Rayya when cops stopped them and asked for documents. However, drivers could not produce any document regarding ferrying of sand. When the police personnel tried to take possession of the vehicles, the occupants resisted and entered in a verbal spat. They called their accomplices on the spot and started protesting.

The Amritsar (rural) police have registered a case against 18 persons for illegal mining. Junior Engineer-cum-Mining Officer Manjit Kumar said the department had specific information that Gurjit, Navdeep and Baldev, were involved in illegal excavation of sand from the Beas river. When the police along with mining staff stopped the tractor-trailers, the accused started arguing. He said as cops tried to confiscate their sand-laden tractor-trailers. A case has been registered in this regard— TNS