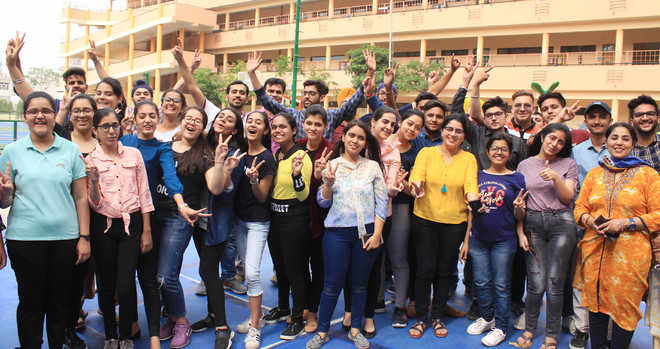 Girls dominated this year’s CBSE Class XII results not just at the national level, but in the district and city as well. Photo for representation only.

Girls dominated this year’s CBSE Class XII results not just at the national level, but in the district and city as well.

In commerce and humanities, the top-three positions in the district were bagged by girls this year, whereas boys stole the show in science.

However, boys managed to score better than girls in science stream with Amritdeep Singh from Sri Guru Harkrishan Senior Secondary School, GT Road, scoring 98.2 per cent marks in non-medical to bag the first position in the city. Arhant Arora of Spring Dale and Ayushi from Shri Ram Ashram School scored 98 per cent marks and came second in the city.

In medical stream, Hardik Vyas from DAV School scored the highest marks in the city with 97.8 per cent marks, followed by Manpreet Kaur from DAV International with 97.4 per cent marks.