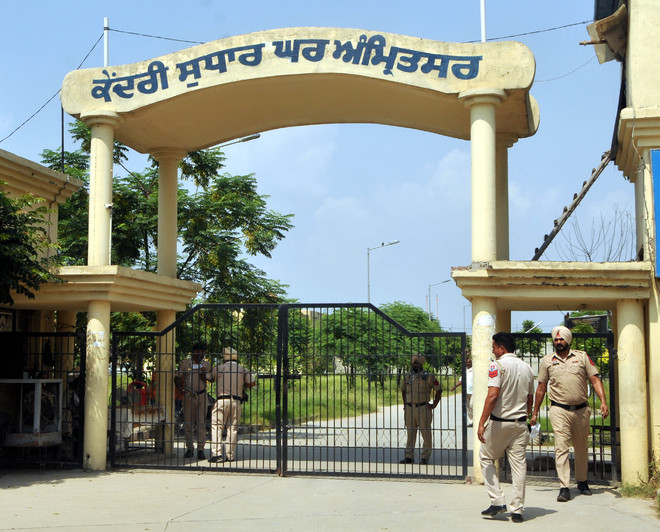 Densely populated residential area around the high security Amritsar Central Jail has become a challenge for the jail authorities as mobile phones and prohibited material (drugs) continue to make their way into the prison.

Despite a company of paramilitary force guarding the Central Jail, inmates have been having a free run when it comes to using mobile phones. In the last two months, the jail authorities confiscated around 40 mobile phones, besides prohibited material. In 2020, the figure reached around 300.

A jail official on the condition of anonymity said though involvement of some black sheep could not be ruled out, but the location of the jail complex inside the densely populated area is a major factor behind this issue. “The outer and inner walls are just 16 ft to 20-ft high and unscrupulous elements find no difficulty in throwing prohibited material, including mobile phones, cigarette and contraband from outside,” he added.

Anti-social elements have devised new ways to counter security checks. At least, two instances were reported in the recent past in which the unscrupulous elements tried to slip in prohibited material, including cigarettes and even headphones with the help of kites.

Intelligence agencies had repeatedly raised concern over the rampant use of mobile phones by inmates, which include gangsters, terrorists and smugglers.

“Mobile phones were found from those who were held by the Punjab Police for allegedly running terrorist module, gangsters and smugglers, which is dangerous for the national security,” said the jail official. A senior jail official said, “We do not hesitate to take action against those found violating prison norms.”