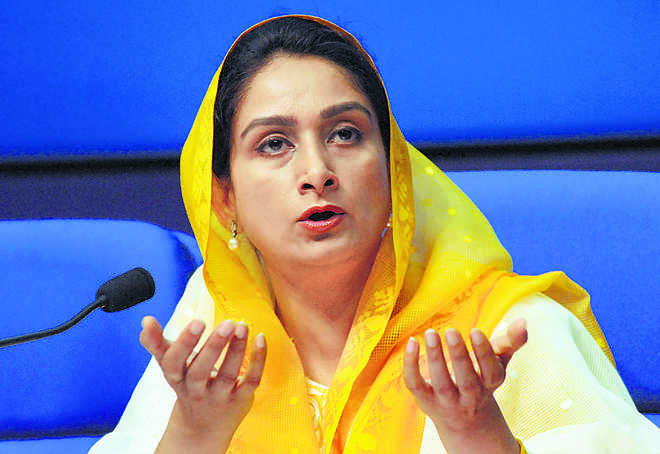 After paying obeisance at the Golden Temple today, she said earlier, the Congress and now the BJP-led Centre intends to diminish the strength of the Sikhs and their regional Panthic parties (referring to SAD) by creating internal conflict and bifurcating them.

“Under a deep-rooted political conspiracy, earlier, the Delhi Sikhs were separated, followed by the Haryana Sikhs who were separated from the SGPC. The day would be not far when there would be different gurdwaras in each state,” she said while appealing to the Sikhs to unite on one platform against it.