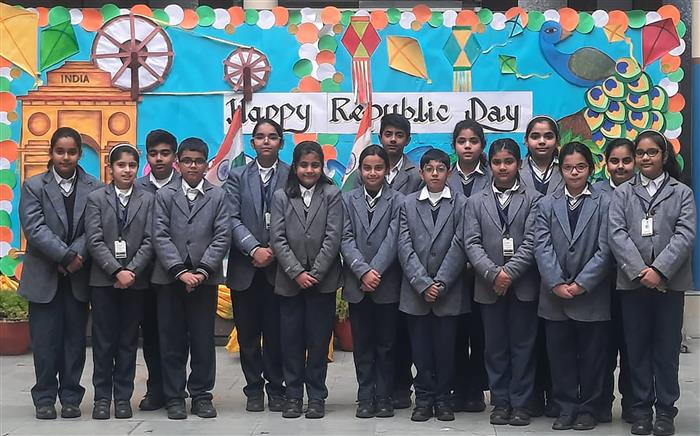 Senior leaders of BJP and members of core committee Punjab visited several schools to interact with children about the stress caused by students regarding exams. Rajinder Mohan Singh Chhina visited MKD DAV School, Attari, under the Pariksha pe Charcha programme. An art and painting competition of the students was organized in the school. He said that the said the program is to remove the stress of the students regarding the examinations. He said that sharing stress tips and own experience with this program gives encouragement to the students. Chhina said that it is Modi's sincere wish that the students stay away from the atmosphere of terror during the examination. He said that the students should keep confidence in themselves, with which they will clear their papers in a very reasonable manner. School staff and students were present on the occasion.

Global Group of Institutes organised a meeting of the faculty and staff at the Institute to mark National Voters’ Day and took a pledge to uphold the democratic traditions of our country and dignity of free, fair and peaceful elections and to vote in every election fearlessly without being influenced by religion, race, caste, community or inducement of any kind. The National Voter's Day is celebrated on 25th January to create awareness amongst youth about the importance of their votes in the largest democracy and to persuade them to participate in this biggest festival of democracy. The staff present at the meeting resolved to vote themselves and also encourage the young students who are eligible to get themselves enrolled and participate in the election process to elect the representatives of their choice to represent them and form policies and programme that can change the face of Nation for good and also ameliorate the overall condition of its citizens. Registration of new and young eligible voters and exercising their franchise is of extreme importance as it serves as the central pillar of any functioning democracy and gives to the people direct power to elect and put the leaders of their choice at helm.

Ashok Vatika Public School celebrated the 74th Republic Day enthusiastically in its campus. A special morning assembly was administered where the teachers highlighted the background of the day and interpreted the various apt reasons for the fabrication of Indian Constitution laying ideals for a Sovereign Socialist Secular Democratic and Republic Nation, as enumerated in the Preamble of the document. The students presented a ramp walk adding charm to the celebrations by depicting the multi-coloured cultural traits of different states of India in a captivating manner and augmenting the salient feature of 'Unity in Diversity'. Principal Anchal Mahajan, the Chairman Ashish Mahajan and the Vice Principal Vipul Malhotra along with the staff members extended reverence and obeisance to the National Flag by unfurling it.

To commemorate National Tourism Day, Department of Hotel Management and Tourism of GNDU organised a guest lecture in collaboration with Sahara Travels, Amritsar. The day is observed to cultivate awareness among the global community on the importance of tourism and its social, political, financial and cultural worth. The lecture was attended by the students of BTTM (Bachelor of Tourism and Travel Management ) and BHMCT ( Bachelor of Hotel Management and Catering Technology). The eminent speakers for the guest lecture were Bikramjit Singh-Director, Sahara Travels and Harmanjit Singh- Manager, Sahara Travels.